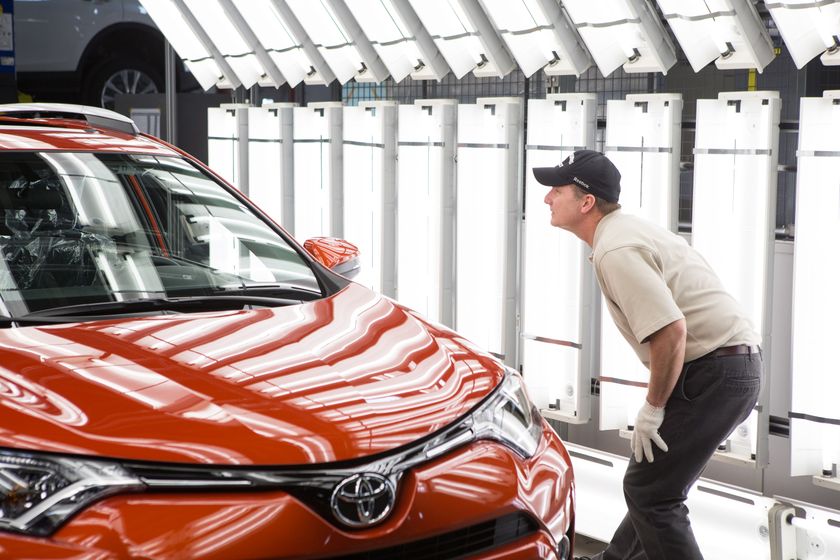 Toyota’s total vehicle production in North America since 1986 has reached more than 30 million. Key drivers of this year’s increased production include low fuel prices, continued stability in the overall economy and strong customer demand for trucks and SUVs.

“Our success is driven by the talent and dedication of the men and women who manufacture our products here in the U.S. and Canada,” said Jim Lentz, CEO of Toyota Motor North America (TMNA).  “Every part and every vehicle that rolls off the line reflects our commitment to safety, quality, value, and, above all, our passion for exceeding customer expectations.”

Toyota marked milestone anniversaries in 2016 for the following manufacturing facilities:

The company also broke ground for its 15th, state-of-the-art manufacturing facility in Apaseo el Grande, Guanajuato in November; the new plant is scheduled to begin Corolla production in 2019.

English, Toyota Models, Corporate
‹ back
Every effort has been made to ensure the product specifications, equipment, and content on this site are accurate based on information available at time of publishing. In some cases, certain changes in standard equipment or options may occur, which may not be reflected online. Toyota Canada reserves the rights to make these changes without notice or obligation.