(MONTRÉAL, QC – October 24, 2017) Toyota plans to exhibit at the 24th Intelligent Transportation System (ITS)1 World Congress (hosted by ITS America and ITS Canada), which is scheduled to be held from October 29 to November 2 in Montréal, Canada. 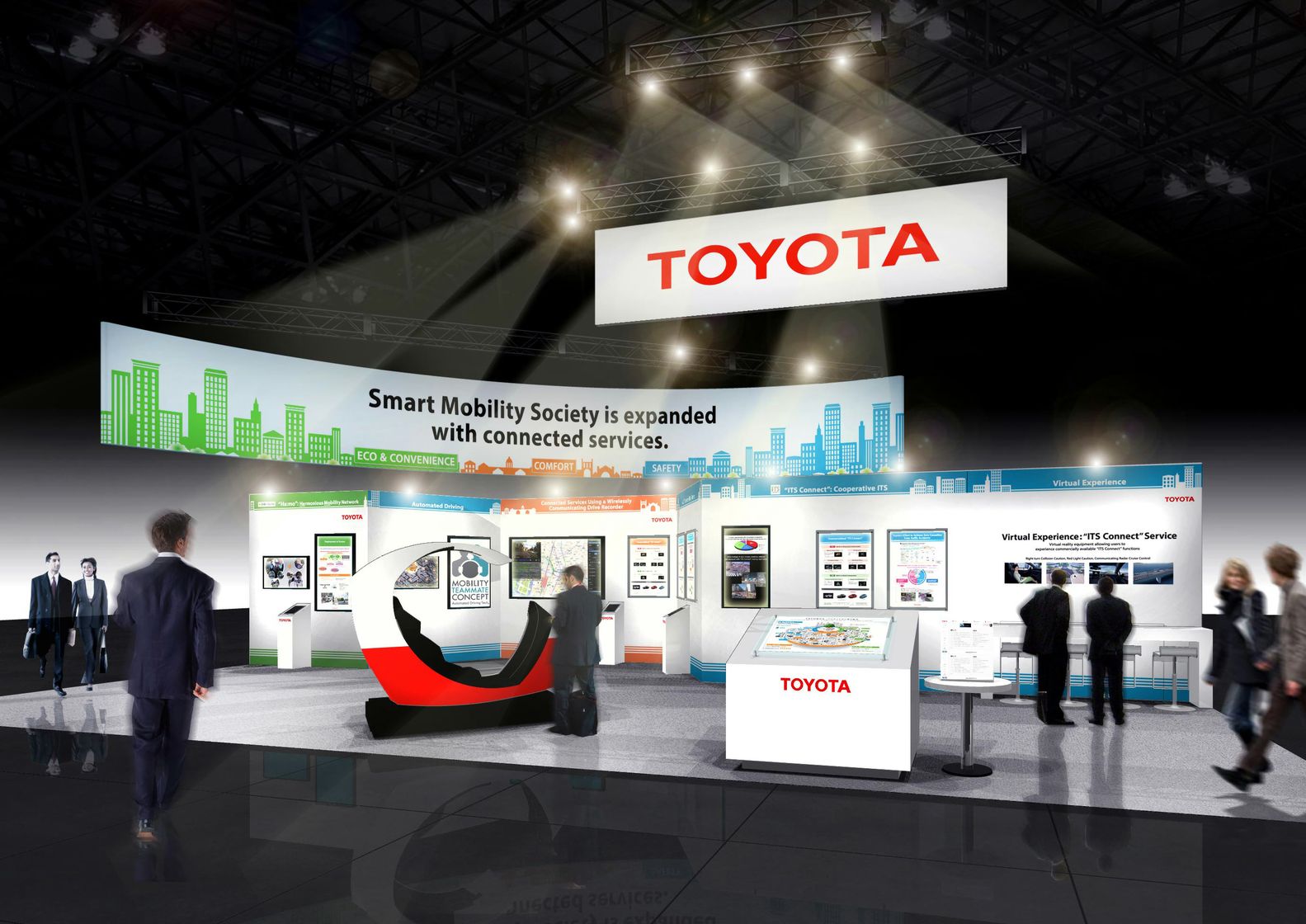 Toyota expects to showcase its extensive work targeted toward the creation of a smart mobility society that links people, cars, and cities. The Toyota booth will present ‘’Cooperative ITS,’’ an important safety technology with the aim of achieving zero traffic fatalities – the ultimate aim of a future mobility society. Additional presentations include "Connected Services Using a Wireless Communicating Drive Recorder" and "Ha:mo Next-generation Transport System Aiming for a Traffic Society that is Environmentally Friendly and can Comfortably Move".

Specifically, Toyota will present its safety philosophy and exhibit Toyota’s current cooperative ITS services extending into the future. With the use of the “experiences zone,” which is arranged to showcase virtual reality (VR) and a driving simulator, Toyota hopes to introduce the use of its potential services it has in mind for the future. Toyota will also display the latest technical trends, such as initiatives in Japan and elsewhere, toward the popularization and development of future cooperative ITS.

Toyota will also introduce the "Ha:mo" system, which allows people and the town to move comfortably by using an optimal combination of personal vehicles, such as cars and public transportation.

The ITS World Congress is the world's largest ITS-related international conference. Held annually in Europe, the Asia-Pacific region, and the Americas on a rotating basis, the Congress invites ITS developers (governments, research bodies, and commercial enterprises) from a wide range of countries and regions to showcase their latest ITS research findings and products through information sessions (including technical paper presentations), exhibitions, and test drives.

Toyota has been an active participant since the first Congress, exhibiting research results on ITS technologies, safety, and environment-related products and services.

1Refers to systems that use state-of-the-art telecommunication technologies to link people, roads and vehicles, with the aim of enhancing safety and comfort and improving traffic flow

Overview of Toyota's Participation at the 24th ITS World Congress

Toyota's official English website for the 24th ITS World Congress

(scheduled to go online on October 30)

About Toyota Canada Inc.
Toyota Canada Inc. (TCI) is the exclusive Canadian distributor of Toyota and Lexus vehicles.  Toyota has sold over 5 million vehicles in Canada through a national network of 287 Toyota and Lexus dealerships.  Toyota is dedicated to bringing safety, quality, dependability and reliability in the vehicles Canadians drive and the service they receive.  TCI’s head office is located in Toronto, with regional offices in Vancouver, Calgary, Montreal and Halifax and parts distribution centres in Toronto and Vancouver.  Toyota operates two manufacturing facilities in Canada. Having produced more than seven million vehicles, popular Canadian models built at these facilities include Toyota RAV4, Toyota Corolla, Lexus RX 350 and RX 450h hybrid.