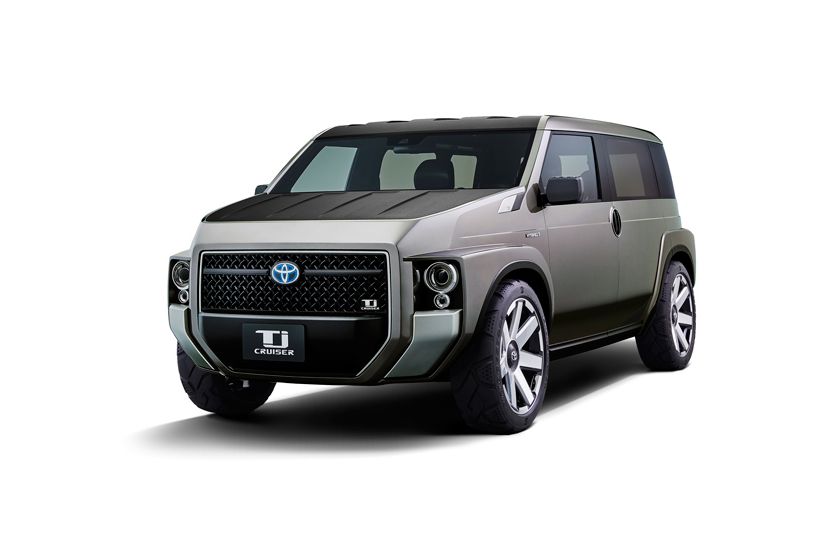 TORONTO, ONTARIO, October 6, 2017 – Toyota Motor Corporation (Toyota) intends to showcase its new crossover genre concept vehicle, the Tj Cruiser, for the first time at the 45th Tokyo Motor Show 2017* to be held at Tokyo Big Sight from October 25 through November 5. The Tj Cruiser represents the harmonious balance between the roominess of a cargo van and the powerful design of an SUV.

The Tj Cruiser was designed for drivers with lifestyles where work and play dovetail seamlessly. The “T” in Tj Cruiser stands for “Toolbox” in reference to how the car can be used like a toolbox, while the “j” stands for “joy” in reference to the joy of visiting various places by car. The name “Cruiser,” which is traditionally used for Toyota’s SUV lineup, is assigned to the Tj Cruiser to express the power of the vehicle. Inside, the passenger seat can be reclined completely flat, and not only can the Tj Cruiser easily hold outdoor equipment, it can also store large items such as 3-metre long surfboards and bikes.