Toyota to Roll Out Brand New Active Safety Packages from 2015

TORONTO, ON., (November 27, 2014) ― Next year, Toyota Motor Corporation will launch a newly-developed set of active safety technologies designed to help prevent or mitigate collisions across a wide range of vehicle speeds. These technologies will be offered in the form of two "Toyota Safety Sense" packages, to be launched in 2015 and rolled out across most passenger models and grades*1 in Japan, North America and Europe by the end of 2017. Both packages will be made available at price levels chosen to encourage widespread use. 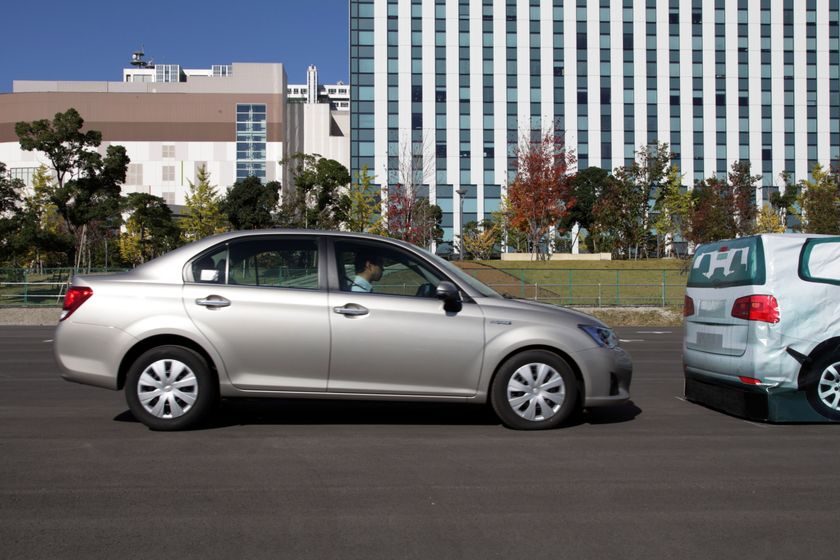 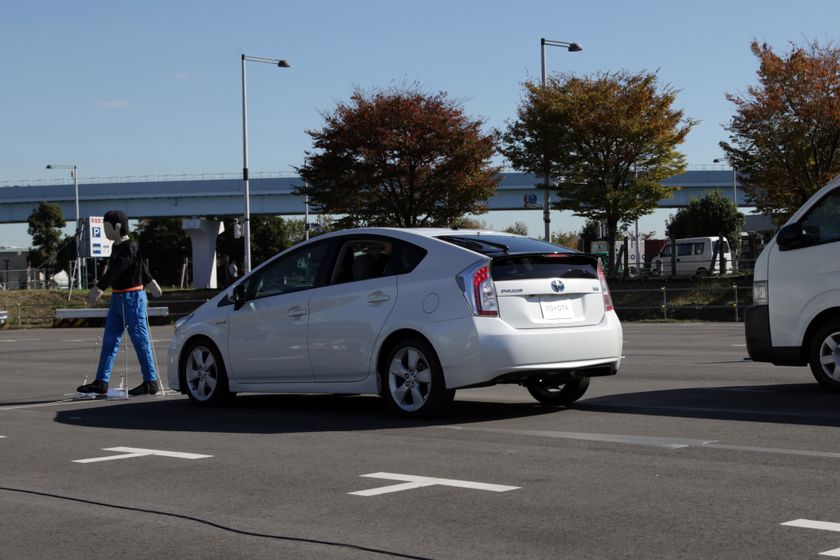 PCS uses a camera and laser radar to detect objects ahead of the vehicle, and when there is a possibility of collision it prompts the driver to brake with an audio and visual alert. When the driver notices the hazard and brakes, the system provides additional braking force. If the driver fails to brake in time, the system automatically applies the brakes, reducing speed by approximately 30 km/h*2 in order to prevent or mitigate the collision. The operational range of PCS covers speeds at which at least 80 percent of rear-end collisions occur (i.e. relative speeds of between approximately 10 km/h and 80 km/h).

LDA uses a camera to detect white and yellow lane markings. If the vehicle starts to deviate from the lane, LDA alerts the driver with an audio and visual alert.

AHB helps ensure excellent forward visibility during nighttime driving. It uses a camera to detect the headlights of oncoming vehicles and the tail lights of vehicles ahead, and then automatically switches between high beams and low beams so as not to dazzle other drivers.

This system uses millimeter-wave radar and a camera to detect pedestrians in addition to vehicles. To help prevent or mitigate collisions, the system activates an audio and visual alert in addition to brake assist, followed by automated braking if the driver does not brake in time. Automated braking operates at relative speeds of between 10 to 80 km/h for potential collisions with pedestrians, and can reduce speed by approximately 30 km/h*2. For potential collisions with vehicles, the enhanced PCS system included with the Toyota Safety Sense P package operates at relative speeds of between 10 km/h and the vehicle's top speed, reducing speed by approximately 40 km/h*3.

On highways, Radar Cruise Control uses millimeter-wave radar to detect preceding vehicles and determine their speed. It then adjusts vehicle speed (within a set range) to ensure that there is a safe distance between vehicles. By using a forward-facing camera and millimeter-wave radar to monitor vehicles merging into or out of the lane, Radar Cruise Control helps maintain smooth acceleration and deceleration while driving.

Toyota believes that the ultimate goal of a society that values mobility is to eliminate traffic fatalities and injuries. Toyota's Integrated Safety Management Concept sets the direction for safety technology development and vehicle development, and covers all aspects of driving by integrating individual vehicle safety technologies and systems rather than viewing them as independently functioning units. This approach is reflected in R&D focusing on safety devices and systems.

Toyota is firmly committed to a wide range of initiatives addressing traffic safety, ranging from the development of ever-safer vehicles and technologies to helping create a safe traffic environment and engaging in educational activities.

*2Results achieved during testing using a vehicle travelling at 30 km/h and a stationary vehicle/pedestrian; system operation depends on driving environment (including road and weather) and vehicle circumstances.

*3Results achieved during testing using a vehicle travelling at 40 km/h and a stationary vehicle; system operation depends on driving environment (including road and weather) and vehicle circumstances.