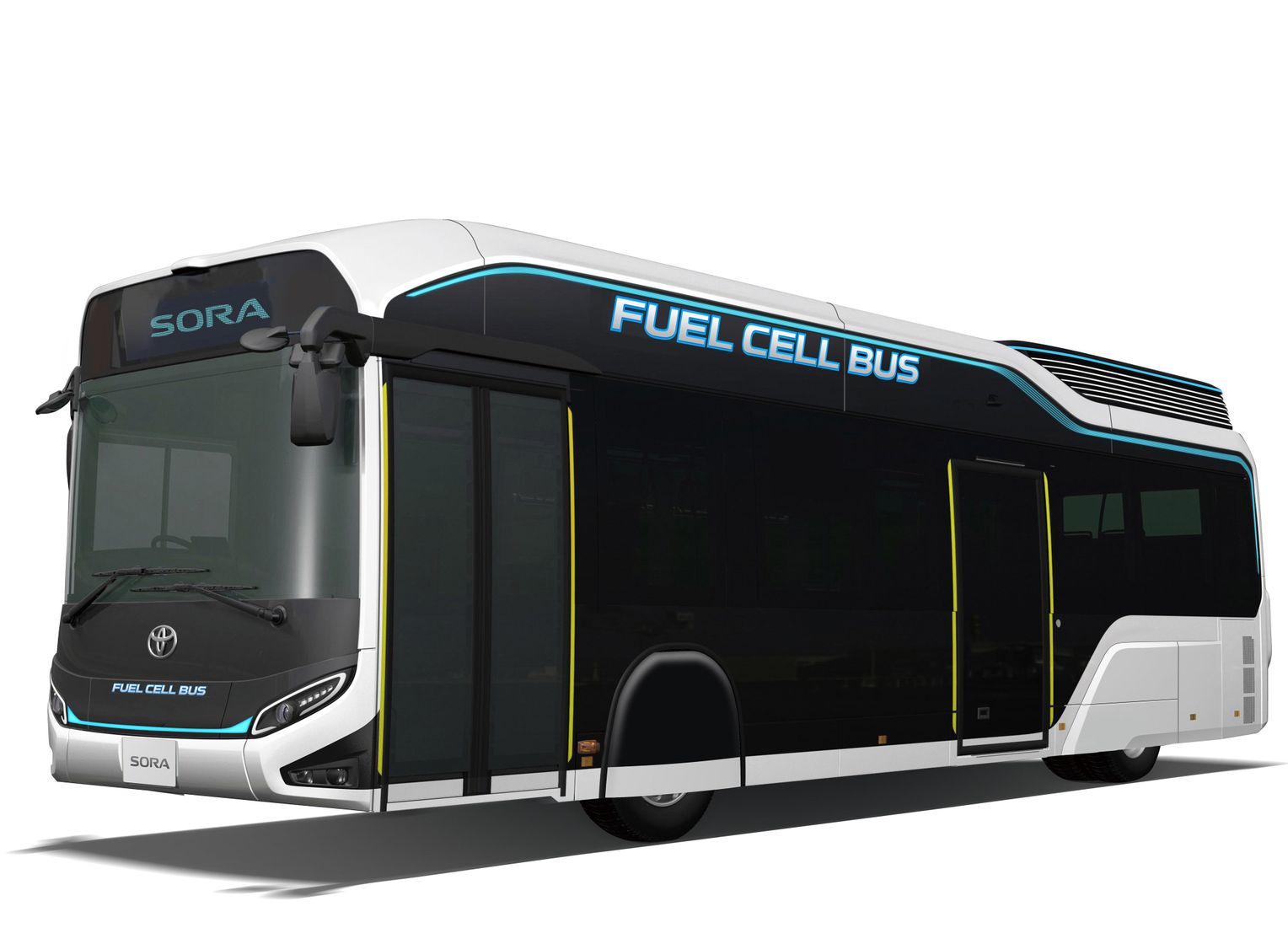 TORONTO, ONTARIO, October 18, 2017 – Toyota Motor Corporation (Toyota) announces the launch of the "Sora1," a Toyota fuel cell bus (FC bus) concept. Toyota plans to launch sales of a commercial model based on the concept vehicle in 2018 and expects to introduce over 100 Sora, mainly within the Tokyo metropolitan area, ahead of the Tokyo 2020 Olympic and Paralympic Games.

Toyota developed the Sora (concept model) based on the vision of an "enduring town icon" guided by two ideas: to make best use of the characteristics of the FC unit; and to enhance the comfort of passengers traveling on bus routes.

Toyota aims to create a bus that works for the world and for people, is environmentally friendly, and can contribute to communities beyond its role as a mobility service.

Idea 2:  Universal design and function that is people-centered

Because the bus is envisioned to be used by large and varying numbers of passengers at any given time, Toyota paid close attention to convenience, safety, and peace of mind with the aim to give all passengers a pleasant riding experience, so that they would want to ride the buses regularly.

Eight high-definition cameras fitted inside and outside the vehicle detect pedestrians and bicycles around the bus, providing a peripheral monitoring function that warns the driver with sound and images to improve safety.

The acceleration control function suppresses sudden acceleration and enables gentle acceleration from stops, in consideration of the safety of standing passengers. Also, there is no lurching due to the lack of a need for gear shifting.

Adoption of automatic arrival control detects the guidance line on the road surface and uses automatic steering and deceleration to stop the bus with approximately 3 to 6 cm of clearance from the bus stop, and within a range of 10 cm ahead of or behind the bus stop position. This improves boarding and exiting for passengers using strollers or wheelchairs.

Bus transportation capability, speed, punctuality, and convenience is boosted by ITS Connect, which utilizes vehicle-to-vehicle and vehicle-to-infrastructure communications to support safe driving, together with systems that support bus convoys and that provide priority at traffic signals (PTPS5).

The design pursues stereoscopic shaping that significantly differs from the hexahedron (box shape) of conventional buses. It also uses LED for the front and rear lights. Such design features make the FC bus instantly recognizable.

Toyota plans to display the Sora (concept model) at Tokyo Big Sight during the 45th Tokyo Motor Show 2017. The theme for this year's show, which runs for 12 days from October 25 to November 56, is "Beyond the Motor."

2 The power that can be supplied and the power amount may differ, depending on the performance of the power supply unit, amount of hydrogen remaining, and power consumption.

3 As of October 18 (according to Toyota Motor Corporation).

4 The bus stops without leaving a large gap between it and the bus stop.