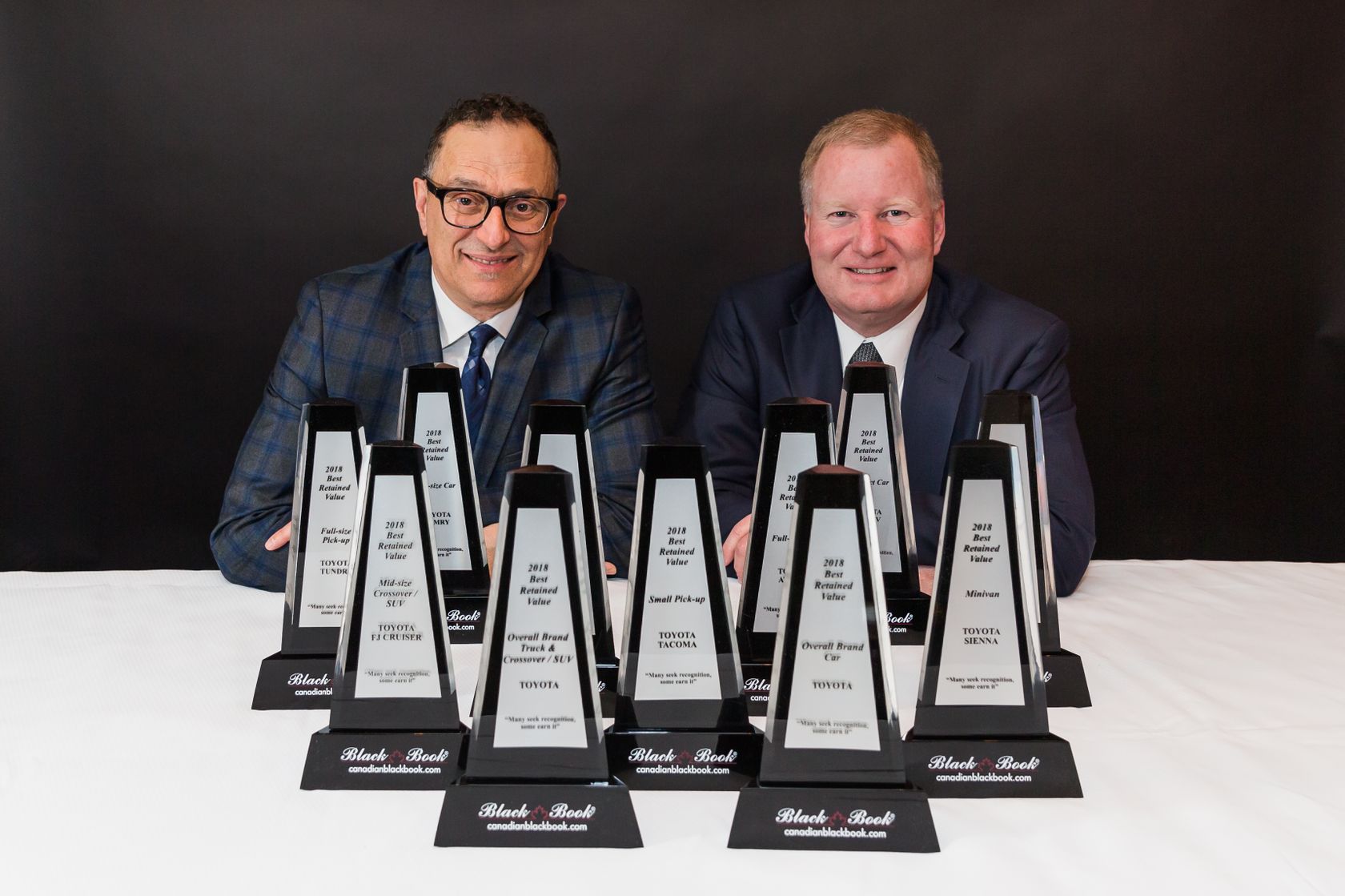 For many Canadians, a new vehicle is their first major purchase – and Toyota is committed to helping customers protect their investment by building quality and dependability into every model. That’s why Toyota and Lexus cars, trucks and SUVs continue to receive awards from CBB and ALG – again and again.

“When buying a vehicle, everybody wants to know that they are getting the best value possible – so we’re proud to receive these awards from Canadian Black Book and ALG that demonstrate exactly that,” said Cyril Dimitris, Vice President of Sales and Marketing at Toyota Canada Inc. “Quality, dependability and reliability are built into every model, so Canadians enjoy peace of mind when they purchase a Toyota vehicle.”

The ALG Residual Value Awards recognize vehicles from the 2018 model year that are forecast to retain the highest percentage of their MSRP over the next four years.