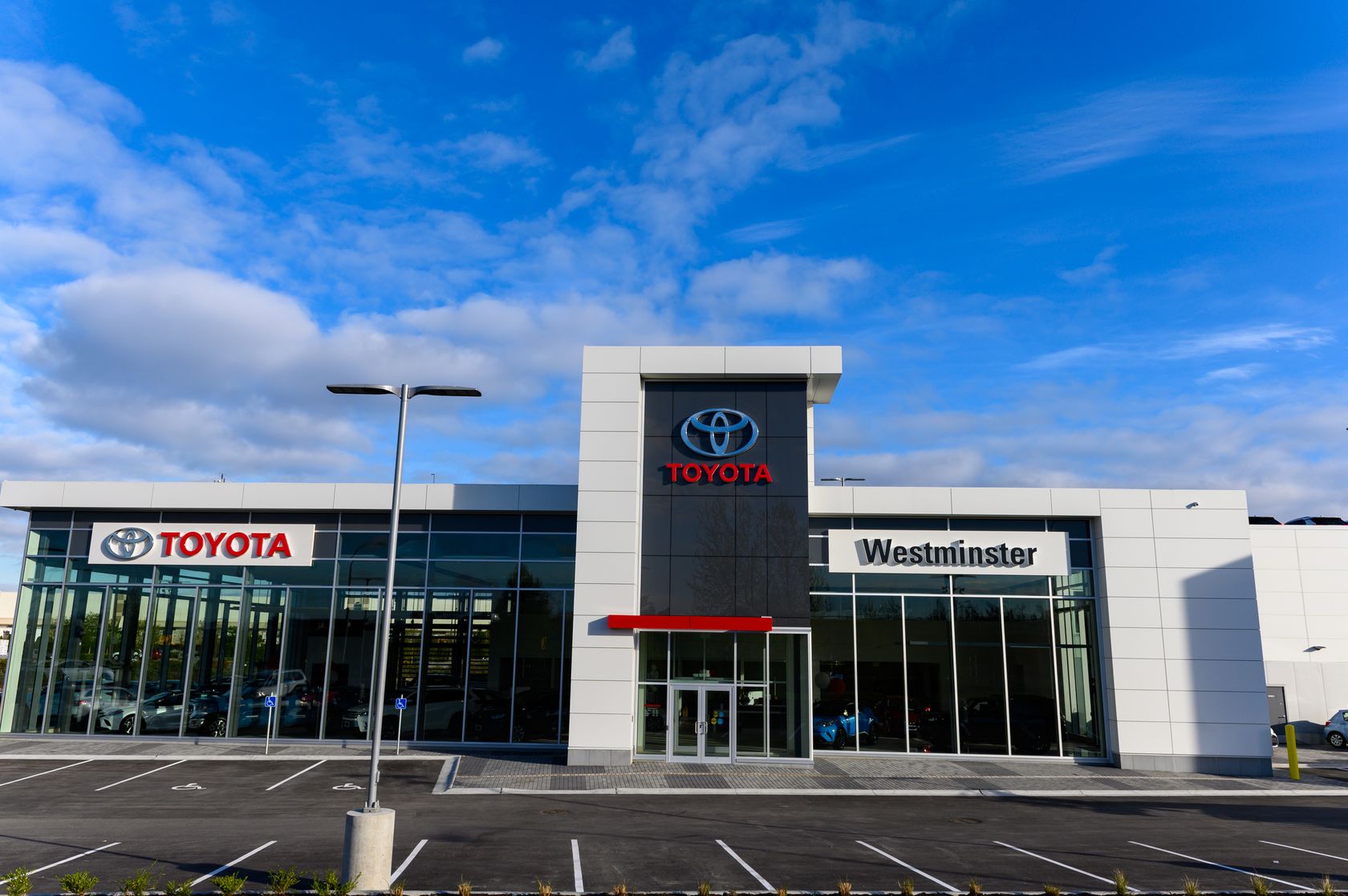 (TORONTO, Ontario) April 18, 2019 – After serving the community for over three decades, Westminster Toyota has officially opened the doors to a new state-of-the-art dealership.

The new dealership will enable Westminster Toyota to take its outstanding customer service to an even higher level. The 56,000-sq. ft. facility features 15 service bays and a drive thru reception, so customers can expect to get in and back on the road faster than ever. And, while waiting for work to be done on their vehicles, they can relax in one of two beautifully redesigned customer lounges, equipped with comfortable seating, multiple TVs and internet access. Plus, the on-site automated carwash and detailing service means every vehicle that drives off the lot will leave looking spotless.

“Westminster Toyota has proudly been an active member of the New Westminster community for over 30 years and we’re thrilled to be able to deliver an enhanced dealership experience to all of our customers,” said Don Butt, Dealer Principal. “The new facility has quadrupled our size, allowed us to increase our service capacity and has a range of exciting new features that we can’t wait to share with our current and future customers.”

Westminster Toyota’s new facility aims to provide a first-class experience for customers from the moment they walk into the building. The 8,000-sq. ft. showroom will have room for 15 vehicles to showcase a full range of Toyota models, including the world’s most popular and proven lineup of electrified vehicles. This, in addition to a new Technology Centre will make shopping for a new vehicle a true five-star experience. 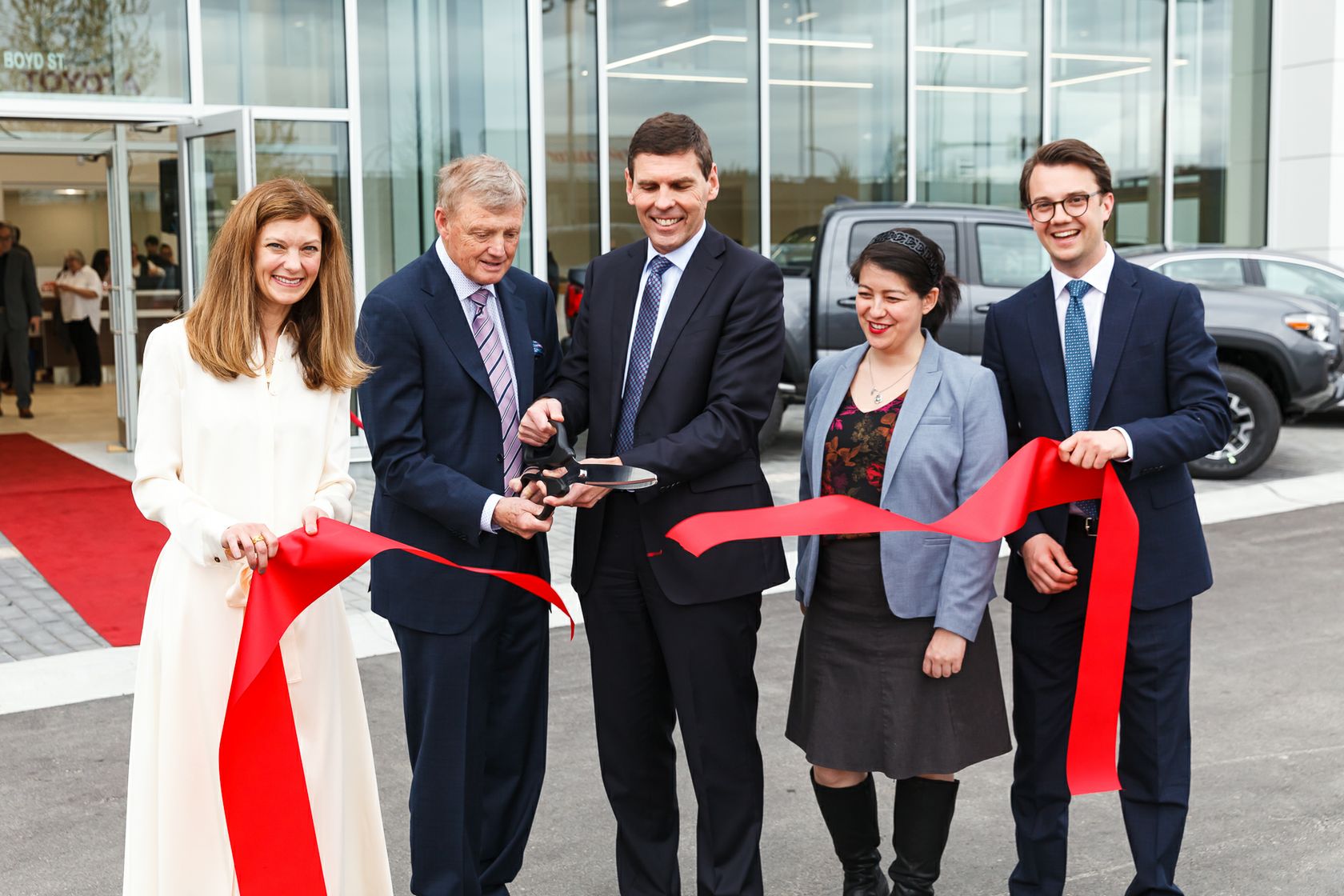 Westminster Toyota is now located at 1050 Boyd Street in New Westminster – with easy access from Hwy 91 and just 10 minutes from the Queensborough Landing Shopping Centre.

For more on the dealership, please visit www.westminstertoyota.com

Toyota Canada Inc. (TCI) is the exclusive Canadian distributor of Toyota and Lexus vehicles. Toyota has sold over eight million vehicles in Canada through a national network of 287 Toyota and Lexus dealerships. Toyota is dedicated to bringing safety, quality, dependability and reliability to the vehicles Canadians drive and the service they receive. TCI’s head office is located in Toronto, with regional offices in Vancouver, Calgary, Montreal and Halifax, and parts distribution centres in Toronto and Vancouver. Toyota operates two manufacturing facilities in Canada. Having produced more than eight million vehicles, popular Canadian models built at these facilities include Toyota RAV4, Lexus RX 350 and RX 450h hybrid. Recent investments at its facilities in Ontario will allow for increased production of the top-selling Toyota RAV4 and RAV4 Hybrid models.

English, Corporate
‹ back
Every effort has been made to ensure the product specifications, equipment, and content on this site are accurate based on information available at time of publishing. In some cases, certain changes in standard equipment or options may occur, which may not be reflected online. Toyota Canada reserves the rights to make these changes without notice or obligation.