With Passion Fueled By Customer Support and Loyalty, Toyota Celebrates 50 Years in Canada 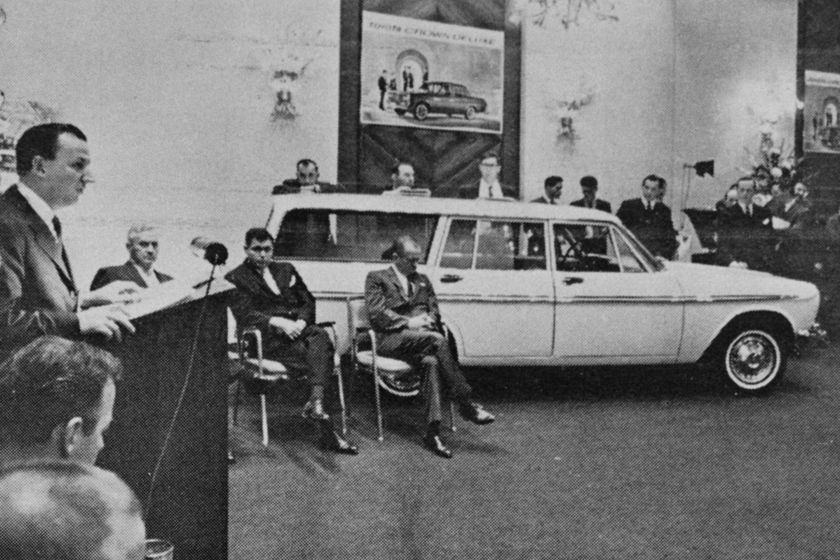 TCI has come a long way from the humble beginnings of that founding, and the 755 vehicles it sold the following year. Over the last five decades, Canadians have purchased over 4.6 million TCI vehicles. And today, almost half of the Toyota vehicles sold in Canada are made at Toyota Motor Manufacturing Canada Inc. (TMMC).

A strong commitment to customer satisfaction is at the heart of Toyota’s 50 years in Canada. Toyota, Scion and Lexus dealerships in Canada are renowned for their dedication to providing the very best sales and service possible to each and every customer.

“On this special occasion of our fiftieth anniversary, we thank Canadians for making Toyota a part of their lives, and allowing us to be woven into the social and economic fabric of this great country,” said Seiji Ichii, President and CEO of TCI. “Our customers are the inspiration that motivate us – and they are behind the passion that drives our innovation in the automotive industry.”

Innovation has been a common theme throughout the decades at Toyota. It has enabled TCI to deliver to Canadians a broad array of 40 different vehicles to meet the diverse needs and lifestyles of Canadians. All vehicles offer superior quality, reliability and durability, complemented by bold design, exceptional performance and advanced technology to optimize driver comfort and safety.

Innovation is also at the heart of Toyota’s long-term vision for achieving future mobility, strengthening Toyota’s established leadership on environmental sustainability, with advancement of technologies such as fuel cells and autonomous vehicles, while spurring revolutionary ideas in the application of manufacturing robotic technologies in every day operations. The milestone of 100,000 TCI hybrids sold in Canada was recently reached. Since 2000 when the Toyota Prius hybrid was first introduced to Canada, based on the total Toyota/Lexus hybrid units sold, using approved government of Canada test methodology, Toyota and Lexus hybrids have saved Canadians almost 260 million litres of fuel and helped avoid over 600,000 tonnes of C02 emissions.

TCI currently employs 700 associates. The total of Canadians employed by Toyota in Canada reaches about 11,000 when adding team members, as well as at Toyota Financial Services (TFS) – which provides retail, leasing and wholesale financial services to Toyota, Lexus and Scion dealerships and customers across Canada. When adding a network of 285 dealerships from coast to coast, total employment reaches approximately 24,000 Canadians.

Since 1988, Toyota not only sells cars in Canada, but also builds them here. Canadian favourites such as the Toyota Corolla and RAV4, and the Lexus RX350 and RX450 hybrid are built at TMMC, Toyota’s award-winning Cambridge and Woodstock plants. And this year, TMMC also celebrated the production of its six millionth vehicle.

Toyota’s investment in Canada also extends to its commitment to enrich and support Canadian communities with support from its dealerships, Toyota Canada Inc. and the Toyota Canada Foundation, with a primary focus on the environment, safety education, and quality. Toyota and its dealerships support the Toyota Evergreen Learning Grounds program that has naturalized over 2,000 Canadian schools across Canada, while the Toyota sponsored KartSTART program brings unique, hands on experience in driver safety training. In addition, there is support for research in telematics at Canadian universities such as the Toyota Collaborative Safety Research Center (CSRC) project at the University of Toronto, and breakthrough work is being done by specialists at a dedicated Cold Weather Testing facility in Timmins, Ontario.