Toyota vehicles are known for their quality, dependability and reliability. Living up to this reputation means putting vehicles through their paces.

One of the ways Toyota tests its technologies is by participating in one of the most extreme forms of driving – endurance racing. Endurance racing tests the limits of both driver and vehicle, providing vital feedback on vehicle technology and durability. From engines to braking systems, tomorrow’s passenger vehicles benefit from today’s groundbreaking racing innovations. Toyota’s hybrid line-up proves this point. 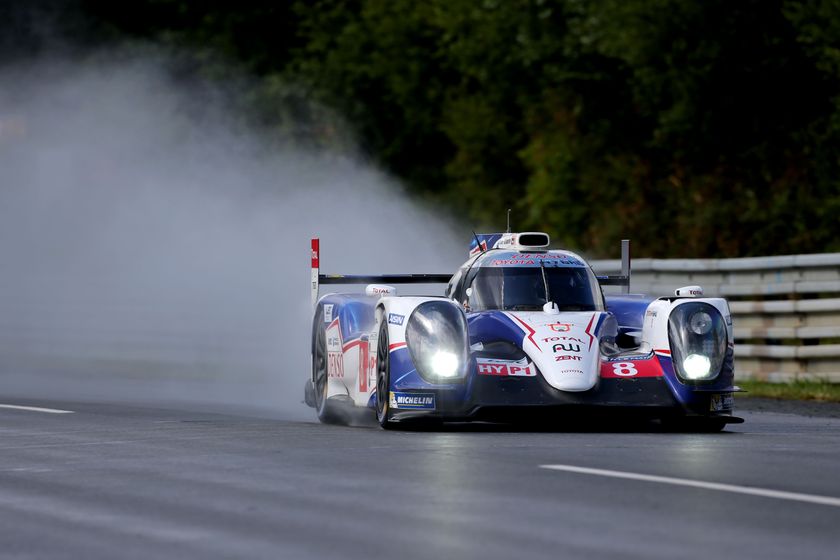 A pioneer in the development of hybrid technology for both racing and road vehicles, Toyota made racing history in 2007 when the four-wheel drive Supra HV-R became the first hybrid vehicle to win an endurance race: the Tokachi 24 Hours. In 2012, Toyota became the first manufacturer to build an endurance racing team entirely around a hybrid engine. The TS030 HYBRID vehicle won three endurance races in its 2012 inaugural season, and in 2013, it finished second amongst the world’s best at the 24 Hours of Le Mans – the oldest and one of the most prestigious automotive endurance races in the world.

Toyota continues to push the limits of hybrid technology through endurance racing. In 2014, Toyota’s new TS040 HYBRID –the most technologically-advanced Toyota vehicle to ever to compete on the track – finished third at Le Mans. Many Toyota road car engineers are part of the TS040 HYBRID development project, encouraging knowledge transfer for the development of better road car technologies. For example, advances in acceleration for hybrid racing vehicles can lead to more efficient and dynamic driving for road cars. And testing vehicles in such extreme situations as encountered in endurance racing helps Toyota bring tried and tested technology to consumers in the shortest time possible.

From the race track to the road – Toyota is putting hybrid vehicle technology through its paces and consumers are winning.