When Toyota Motor Manufacturing Canada Inc. (TMMC) opened in 1988, the company built 153 gas powered vehicles, the leading commercial engine technology at that time. Today, a little more than 25 years later, more than 5.6 million vehicles have left the TMMC facilities for driveways and garages across North America. 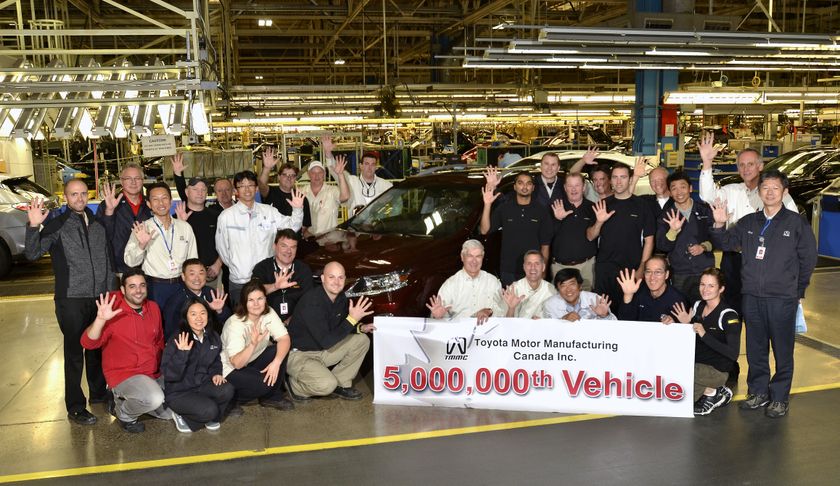 In addition to growing from one facility to three, TMMC is the only manufacturer in Canada to have built gas, hybrid and electric vehicles concurrently, reflecting the diversity of engine technology available for today’s drivers, and putting the company at the forefront of the future of transportation.

Producing high quality vehicles has won TMMC more plant quality awards than any other automotive manufacturer in North or South America. In 2014, TMMC’s South Plant received J.D. Power’s U.S. Initial Quality StudySM Platinum Plant Quality Award– the highest ranking a plant can receive in the study, and the best score ever achieved in the history of these awards. This is TMMC's 12th win, having earned 11 other J.D. Power and Associates plant quality awards across its facilities, with the first Platinum Plant Quality Award received in 2011.