The Toyota Prius, the world’s first mass-produced hybrid vehicle, was introduced to Canadians in July 2000. With its hybrid gas/electric powertrain, the Prius was a game changer.  Initially beloved by tech-savvy professionals and environmental advocates who embraced the new technology and supported its eco-friendly benefits, the Prius of today is a great addition to the homes of all sorts of Canadians. 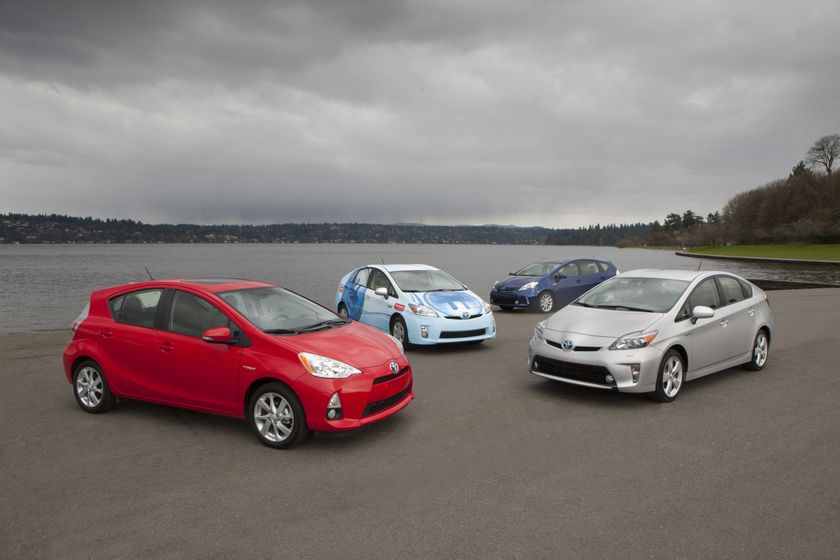 Today there is a whole family of Prius vehicles to choose from, including the Prius c – the first and only hybrid subcompact, plus hybrid models of the ever popular Camry and Highlander. There are also five Lexus models – the CT200h, ES300h, GS 450h, LS 600h L, and the RX 450h –the largest luxury hybrid line-up of any automotive manufacturer.

In 2014, Toyota celebrates a major milestone with the 100,000th Toyota hybrid hitting the road in Canada. Toyota’s market leadership is demonstrated by the fact that seventy-five per cent of the hybrid vehicles in Canada are Toyota or Lexus models.

Living up to the promise of fuel savings and a cleaner environment, using approved Government of Canada test methodology, these 100,000 vehicles have allowed Canadian drivers to save more than 259 million litres of fuel – the equivalent of 103 Olympic-size swimming pools – and reduce CO2 emissions by 600,000 tonnes. Toyota hybrids use approximately 30 per cent less fuel compared to a conventional gas engine would to travel the same distance. These are environmental benefits we can all celebrate, and as hybrid technology continues to evolve, no doubt even greater achievements are yet to come.