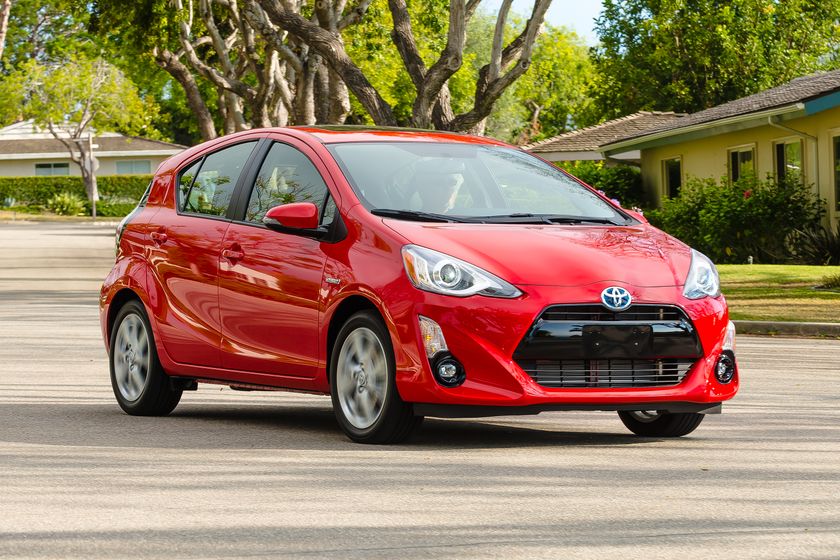 (TORONTO, ON – November 30, 2015) The Toyota Prius c proves that sporty and fun is also super efficient - in a stylish, youthful design that appeals to Canadians of all ages.

“There’s so much more to the Prius c than super-high fuel efficiency,” noted Larry Hutchinson, Vice President of Toyota Canada Inc. “Toyota has made hybrids like the Prius c mainstream, thanks to a winning combination of modern style, welcoming and spacious interiors, advanced technologies and driving fun.”

The 2016 Prius c is built around a unique version of the Toyota Hybrid Synergy Drive – the most proven gasoline-electric hybrid system on the planet. A 1.5L inline four-cylinder Atkinson cycle gasoline engine, continuously variable transmission, high torque electric motor and powerful storage battery combine to deliver a total hybrid system output of 99 horsepower, plus remarkable fuel efficiency of just 4.7 L / 100 KM city/highway combined. Prius c drivers can choose from Normal or ECO modes to suit their mood and driving style, and can even operate the vehicle solely on battery power for more than a kilometres.

In the Prius c, every trip is also made in style – from the aggressive exterior with prominent front grille, LED headlights and brake lamps, power adjustable heated mirrors and a rear spoiler, to a surprisingly spacious cabin fitted with refined materials, driver-focused instrumentation and intuitive technologies.

For complete and up-to-date details and specifications, visit www.toyota.ca/priusc. The 2016 Toyota Prius c is now on sale at Toyota Dealers across Canada.