Toyota, its dealers and employees donate over $820,000 to Canadian food banks
Share 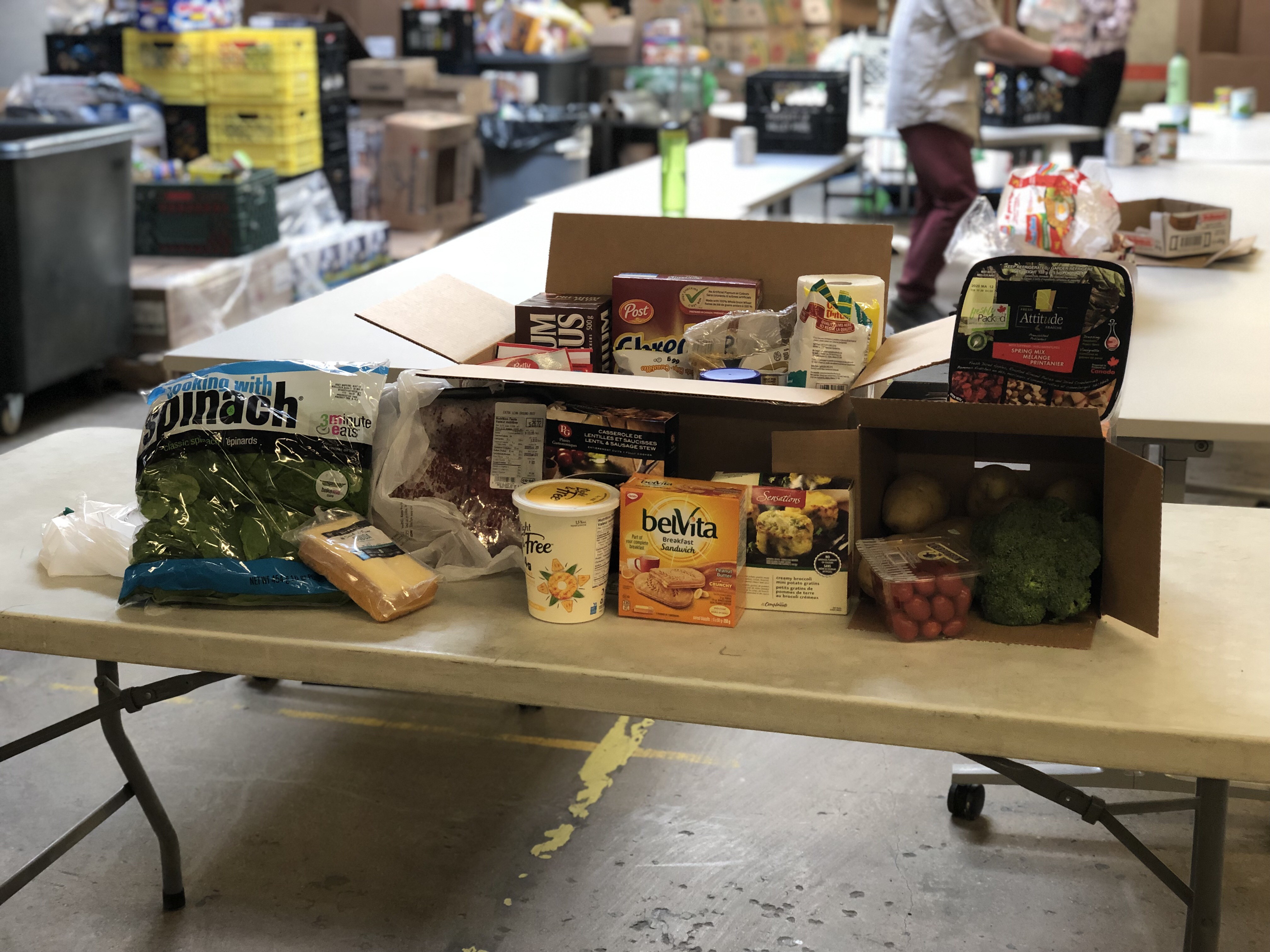 Toronto, June 8, 2020 – It’s estimated that, even in prosperous times, more than one million Canadians rely on food banks every month. Today, the COVID-19 pandemic and the resulting effects on the economy have exacerbated the situation to the point where food banks are facing unprecedented demand.

That’s why, even as Canadian businesses have had to adjust their own operations, many worked to help take care of society’s most vulnerable members. One example of this can be found in the nationwide effort to support food security being made by Toyota.
Toyota Canada Inc. (TCI), Toyota Motor Manufacturing Canada (TMMC) and Toyota Financial Services (TFS) each kicked things off with direct donations to food banks in the communities where their head offices are based. The company also encouraged and matched all local donations made by its network of Toyota and Lexus dealers across the country – as well as any donations made by its employees - dollar-for-dollar.
In total, Toyota, its dealers and employees have contributed more than $820,000 to food banks and other food security initiatives since March. Toyota has also leveraged its social media channels to encourage donations to Food Banks Canada.
“This is a difficult time for everyone and COVID-19 has obviously affected our business, and the businesses of our dealers,” said Stephen Beatty, Vice President, Corporate at TCI. “But our communities need our support – even more so during these exceptional circumstances – and we know that donating to the food banks in our communities is a great way to directly help the people who need it most.”
Soon after the COVID-19 emergency was declared, TCI announced a donation matching program to encourage its dealers to determine how best to support their local communities. The company committed up to a million dollars to the program and, to date, the vast majority of the funds donated have gone to local food banks and food security programs across the country.
Toyota food security and food bank support extends from coast to coast to coast
In B.C. and the Yukon, Toyota dealers selected Food Banks BC for their donation because it allowed them to centralize their efforts while also ensuring donations would go to the local food banks in their communities.
“For most of us, this pandemic has turned trips to the grocery store into stressful situations, but at least we can still afford to feed our families,” said David Lee, Zone Manager for Toyota Canada. “Others in our communities are not so fortunate, so our dealers saw support for Food Banks BC as an opportunity to help.”
In the prairies, Toyota dealers across Manitoba, Saskatchewan and Alberta allocated funds to local food banks and other social services.
“We divided our donation between our local food bank and a local women’s shelter,” said Evan Ortynsky, Dealer Principal at Yorkton Toyota in Saskatchewan. “We know there are a lot of people in need of food and shelter during this pandemic, and these are two areas where we’re grateful we can help.”
In Ontario, many Toyota dealers chose to donate to Feed Ontario while others directed funds to local food security programs in their communities.
“We’ve been significant supporters of our community for many years,” noted John Attrell, President of Attrell Toyota in Brampton. “Giving is the right answer – not just today because of COVID-19, but on a regular basis, because there are people in our community who need help.”
TMMC has also donated more than $75,000 to food banks in the two Southwestern Ontario communities where they have manufacturing operations: Cambridge and Woodstock.
In Quebec, Toyota dealers came together to support La Cantine pour tous.
“In times like these, we feel it is crucial to step up and help others in our communities,” said Charles Saillant, president of the Toyota Dealer Association of Quebec. “We believe no one should go hungry during this crisis and La Cantine pour tous is helping ensure that doesn’t happen in Quebec.”
Toyota dealers in Atlantic Canada have also contributed to local food banks, with TCI matching each donation dollar-for-dollar.