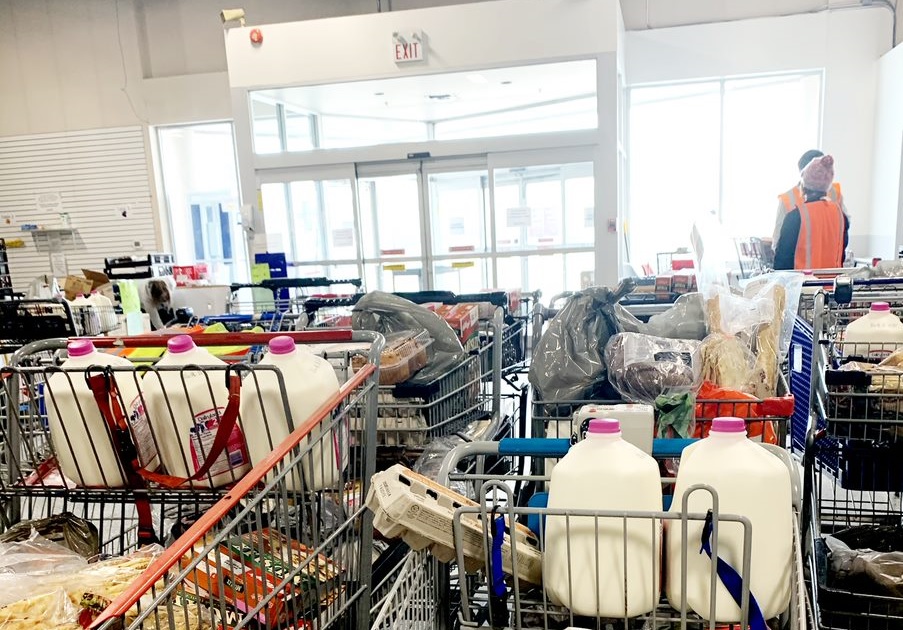 Calgary, (Alberta), April 20, 2020 – For many Canadians, the COVID-19 pandemic has turned putting food on the table into yet another source of anxiety. It’s estimated that, even in prosperous times, upwards of one million people across the country rely on food banks each month. Today – with many Canadians suddenly out of work – that number is bound to be higher.

Toyota Canada and its network of Toyota dealers are responding to this need. In the Calgary area – where the Calgary Food Bank demand is up by 20 percent compared to last spring – six Toyota dealers have made a significant contribution to a food drive being promoted by Arlene Dickinson, a Calgary-based entrepreneur, venture capitalist and regular on CBC’s Dragon’s Den.

“This isn’t the first time our dealers have supported the Calgary Food Bank, but these extraordinary circumstances inspired a group of them to reach out to those helping the more vulnerable members of our community during this challenging time,” said Mitch Massey, General Manager, Heninger Toyota, on behalf of the six dealers.

We’re better together! We’re proud to be one of the six #Toyota dealerships in #Calgary to partner with @toyotacanada to donate $60k to @CalgaryFoodBank. Join us and give back to our community by donating today! https://t.co/YouFEpapQZ https://t.co/zUhQAFZkUt

“Toyota Canada has created a program to match the donations our dealers make to these types of local COVID-19 response initiatives,” said David Lee, Zone Manager, Toyota Canada Inc., adding that the company has committed to matching local dealer donations up to a total of $1 million. “Our dealers are in the best position to determine what’s needed in their own communities, so we just want to make their efforts even more effective by matching their funding. Effectively, we want to double their local donation.”

Along with Calgary Mayor Naheed Nenshi, the fundraising effort was promoted on April 5th and, within 24 hours, donations had topped $200,000 – including the $60,000 from the local Toyota dealers. A week into the campaign, that number had ballooned to more than $425,000.

Since each $1 raised in donations buys $5 in food, the Calgary Food Bank will be able to deliver more than $2,000,000 in aid to those in need as a result of this campaign.

What does that buy? A hamper of essentials from the Calgary Food Bank feeds one adult for four to five days and costs roughly $60, so the $60,000 donated by Toyota Canada and the local Toyota dealers will help provide food for 1,000 Calgarians in need.

We’re so proud to have partnered with our six local Toyota dealerships in support of this cause. Thank you to @CalgaryFoodBank and community members for all your dedication and hard work. https://t.co/gIivsphbN4

While the six Toyota dealers normally thrive on healthy competition in the Calgary area, this was an important time to join forces and give back to the community they call home.

“We’re grateful for what we have and recognize that that there are many people in the greater Calgary area who don’t have the shelter, safety, food or good health that we do,” said Massey. “When we realized the effect that the COVID-19 pandemic would have on our neighbours right here in the city, we jumped at the opportunity to help out.”

Those looking to support the Calgary Food Bank can find further information at www.calgaryfoodbank.com. To find a food bank near you and learn how you can help, visit Food Banks Canada at: www.foodbankscanada.ca.