Design, Performance, And Efficiency In The World’s Best-Selling Automobile: The Toyota Corolla 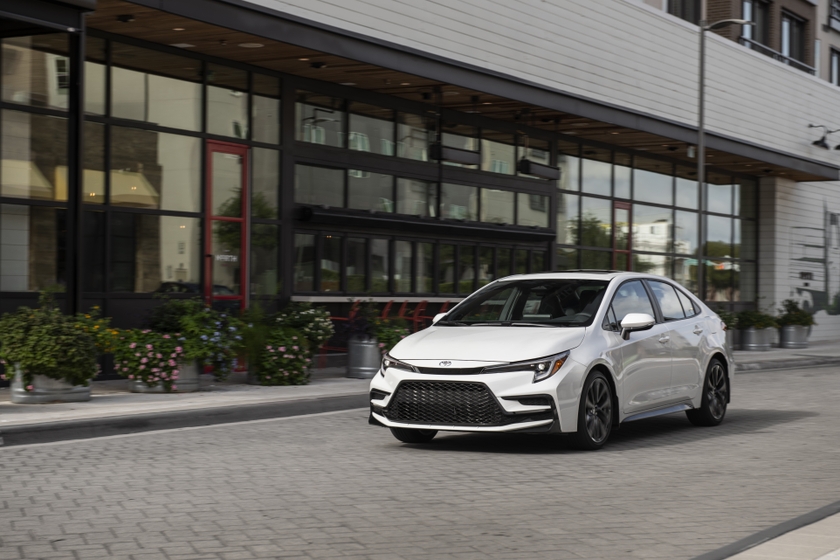 TORONTO, Ontario (November 17th, 2022) – There are many good reasons why the Toyota Corolla is the world’s all-time best-selling vehicle – and for 2023, Toyota adds a few more. For starters, Corolla now comes with Toyota Multimedia – an all-new system that connects you to the things that matter. Need more reasons? Toyota also upgraded this year’s Corolla to Toyota Safety Sense 3.0 – the newest bundle of active safety technologies. And L-Line Corolla models are now built around the same 2.0L engine that powers the sporty S-Line Corollas.

“For more than five decades, Corolla has moved Canadians like no other vehicle ever has – and with the many enhancements we’ve made this year, it’s ready to move Canadians for years to come,” said Cyril Dimitris, Vice President, Toyota Canada Inc. “Book a test drive and find out why the Corolla remains one of the best deals on four wheels – delivering fun-to-drive performance, stunning design, and impressive amenities.”

Corolla’s stylish, dynamic, and athletic personality makes an excellent first impression. With its low centre of gravity and firmly planted stance, Corolla is poised for action from every angle. Designers created sleek headlights to express a sense of restrained aggression, while engineers pushed the wheels out to the corners to ensure Corolla is ready to handle the twists and turns of everyday life.

Inside, Corolla offers the driver and up to four passengers a cabin designed for exceptional comfort and convenience. The instrument panel is cleverly shaped to widen the driver’s field of view. Soft-touch controls provide ease of use while generous use of premium materials conveys an elevated sense of style.

For 2023, Toyota makes big changes under the hood – upgrading all L-line Corolla models from a 1.8L engine to the same 2.0L Dynamic Force four-cylinder engine found in the sportier S series. This upgrade boosts output by 30 horsepower to 169 peak horsepower for even swifter acceleration. At the same time, the 2.0L engine boost fuel efficiency. Paired to a direct shift CVT and electric power steering, every Corolla delivers big driving fun.

As a Toyota, every Corolla also features industry leading safety technologies. This year, all models are enhanced with Toyota Safety Sense 3.0, designed to enhance driver awareness, decision-making, and control. All models also feature the Toyota Star Safety System, a backup camera, and 10 airbags.

Toyota Canada is offering the 2023 Corolla in a range of models and trim levels, starting with the L-Line, as follows:

The 2023 Toyota Corolla is now on sale at Toyota Dealers across Canada. For complete and up to date details and specifications, visit www.toyota.ca/corolla