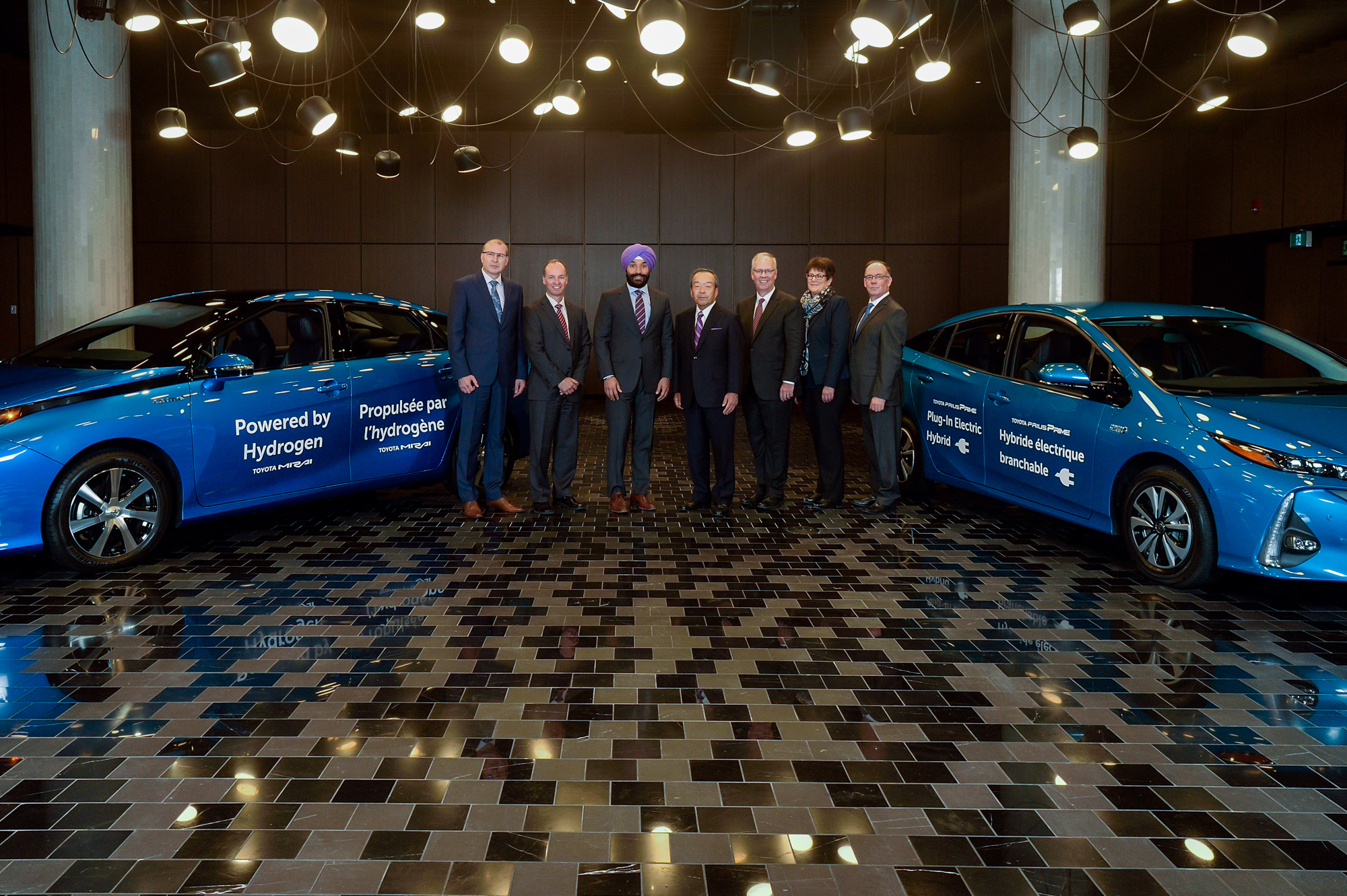 Canada is an ideal market for the development and early adoption of emerging technologies, such as zero-emission vehicles, which have the potential to create new jobs for Canadians and promote a healthy environment.

That message was delivered today by the Honourable Navdeep Bains, Minister of Innovation, Science and Economic Development, during a private meeting with Takeshi Uchiyamada, Chairman of the Toyota Motor Corporation.

Minister Bains welcomed the opportunity to continue working with Toyota to expand its markets in Canada. He also discussed the government’s Innovation and Skills Plan, a multi-year effort to create well-paying middle-class jobs for Canadians by positioning this country as a global leader in innovation.

As part of this plan, the government is investing in attracting top talent from around the world, equipping Canadians with the in-demand skills for the jobs of today and tomorrow, and attracting global investments to Canada.

“I welcome the opportunity to engage with Toyota as the company looks for global opportunities to grow. Our government is committed to making Canada a destination of choice for global companies looking to develop and introduce emerging technologies, such as fuel cell vehicles, that have the potential to create new jobs and promote a healthy environment. Putting Canada at the forefront of innovation and technology adoption will generate new business opportunities and create high-quality middle-class jobs for Canadians. It will also equip Canadians with the in-demand skills they need for the well-paying jobs of today and into the future.”

“Toyota has been invested in the Canadian community for over 50 years, and we look forward to building stronger relations with the Government of Canada to help build the infrastructure required for Canadians to adopt new automotive technology, including hydrogen fuel cell vehicles such as the Toyota Mirai. There is still a lot of work to be done, but Toyota will continue supporting the government’s efforts through a collaborative relationship in bringing more greenhouse gas–friendly technology to Canada.”

About Toyota Canada Inc.
Toyota Canada Inc. (TCI) is the exclusive Canadian distributor of Toyota and Lexus vehicles.  Toyota has sold over five million vehicles in Canada through a national network of 287 Toyota and Lexus dealerships.  Toyota is dedicated to bringing safety, quality, dependability and reliability in the vehicles Canadians drive and the service they receive.  TCI’s head office is located in Toronto, with regional offices in Vancouver, Calgary, Montreal and Halifax and parts distribution centres in Toronto and Vancouver.  Toyota operates two manufacturing facilities in Canada. Having produced more than seven million vehicles, popular Canadian models built at these facilities include Toyota RAV4, Toyota Corolla, Lexus RX 350 and RX 450h hybrid.