Stylish, smart, fun and versatile with the added benefit of Toyota Safety Sense C, the new iM brings joy to hatchback lovers as it joins Corolla line-up for 2017
Share 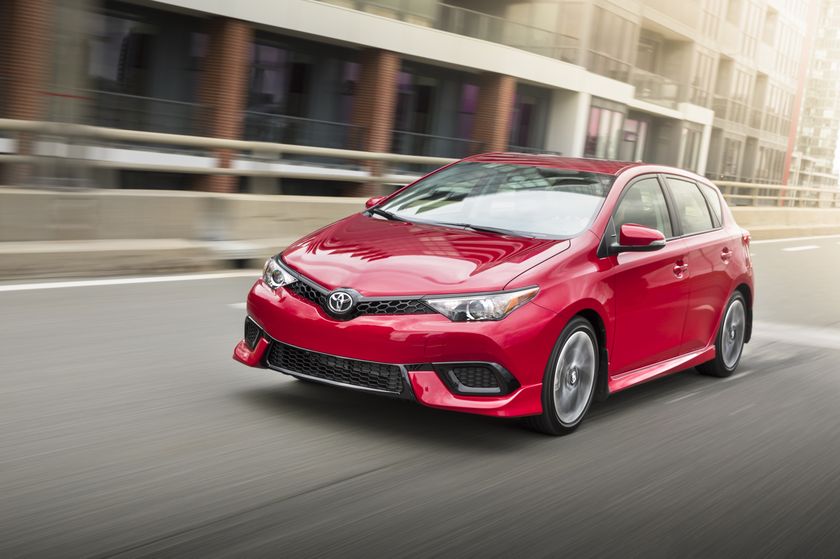 (TORONTO, ON – November 11th, 2016) The Corolla iM is for the person who makes things happen – whether it’s a weekend getaway or the road trip of a lifetime. With plenty of style, comfort and driving fun – plus space for friends and gear and advanced safety features that are just plain smart – the Corolla iM is ready for anything.

“We’re pleased to add the Corolla iM to the Toyota line-up and broaden the Corolla family for 2017,” said Cyril Dimitris, Vice-President, Toyota Canada Inc. “This spirited, stylish hatchback is an urban, sporty vehicle, ready to bring joy to the young and young at heart.”

The iM was introduced in the 2016 model year as a Scion model. Now, it joins the Toyota Corolla line-up, adding a versatile hatchback configuration to the world’s all-time best selling automobile. For 2017, the iM gains heated front seats as standard, plus the addition of Toyota Safety Sense C – a package of active safety technologies including the Toyota Pre-Collision System, Lane Departure Alert, and Automatic High Beams.

The Corolla iM is offered in two, fully-equipped models:

The 2017 Toyota Corolla iM looks great and is fun to drive. It’s the perfect vehicle for today’s spirited, urban citizens to proudly call their own. Regardless of transmission, the 137 peak horsepower 1.8L four-cylinder engine with Valvematic technology delivers a winning combination of confident acceleration and impressive fuel efficiency.

A double wishbone rear suspension ensures a comfortable ride for all, even those in the back, while wide tires on 17” alloy wheels provide a lower centre of gravity and lower rolling resistance.

The Corolla iM has a sporty, sleek body with honeycomb grille, full skirting package and rear lip spoiler as standard, making the iM one of the most aggressive looking hatchbacks on the road.

Inside, the cabin offers comfortable seating for up to five adults, while the 60/40 split folding rear seats created up to 588 litres (20.8 cubic feet) of cargo space. Driver and passengers are surrounded with premium finishes for a sophisticated look and feel, including a piano black instrument panel trim accent. The Corolla iM’s long list of standard equipment include premium features like a 7” Display Audio system with voice recognition, Bluetooth and steering wheel-mounted controls, dual-zone automatic air conditioning, a 4.2” multi-function display, leather-wrapped steering wheel and shift knob, and more.