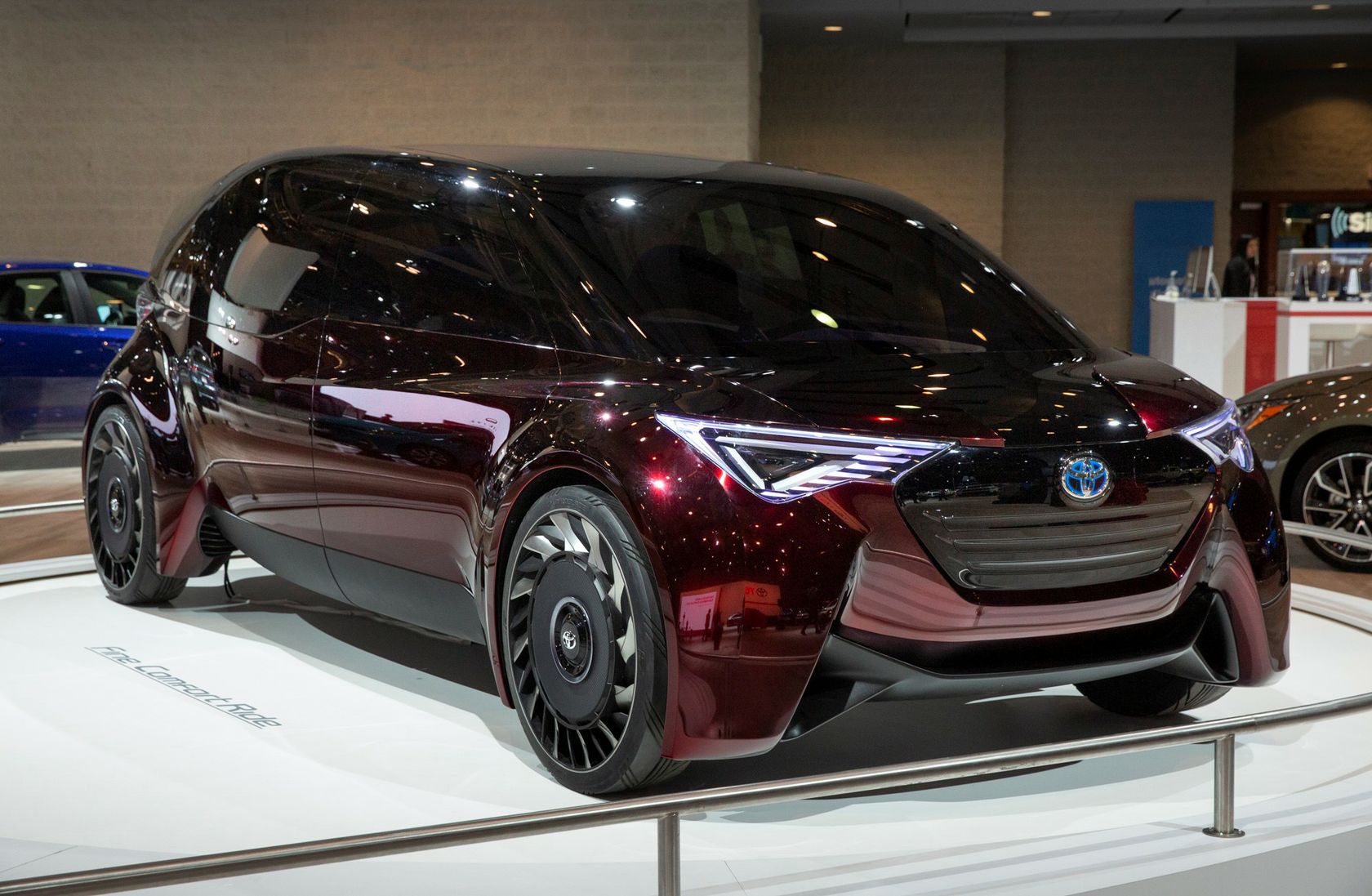 TORONTO, ON – February 14, 2019 – Toyota Canada launches into 2019 with an electrifying display of futuristic vehicles – including a visionary interpretation of the premium passenger car and production models driven by the latest word in advanced technology powertrains. Visitors to the Canadian International Auto Show in Toronto this month can experience all this, and more, in the Toyota Canada exhibit.

“In addition to giving Canadian drivers their first look at our latest Prius with its revolutionary electric AWD system, we’re excited to reveal the Fine-Comfort Ride – a futuristic concept vehicle that puts people first, with a flexible layout, amazing connectivity and technologies, plus an incredibly clean, efficient powertrain,” said Cyril Dimitris, Vice President, Toyota Canada Inc. “The F-C R perfectly encompasses our vision for the year ahead and we’re eager to see what show attendees think not just of our reveals, but our other mainstay vehicles that continue to make their impressive mark in the automotive world.”

Making its Canadian auto show debut, the Toyota Fine-Comfort Ride Concept proposes a new form for the premium sedan – employing a cabin design that wraps passengers in comfort. The seating arrangement is flexible, so the vehicle performs equally well as an individual space or while hosting a group of up to six adults.

The Fine-Comfort Ride also showcases an exciting possible future for in-vehicle connectivity, with a special “Agent” function and touch displays arranged around the driver and passenger seats, with displays that allow occupants to freely access information.

While the Fine-Comfort Ride is a concept vehicle, the Toyota exhibit also features plenty of real-world examples that highlight the many benefits of the company’s advanced powertrain technologies, like the 2019 Prius AWD-e.

Designed to provide more confidence and control when weather and road conditions are less than ideal and awaken the adventurous spirit in those behind the wheel, the electric all-wheel drive system on this latest model further expands where the Prius can take drivers.

The new Prius AWD-e system will certainly deliver added traction and confidence for drivers and is ideal for performing in cold weather conditions, but, in true Prius fashion, the 2019 AWD-e will lay claim to being one of the most fuel-efficient all-wheel-drive-equipped passenger cars available in Canada.   In fact, Toyota estimates that the AWD-e model could account for as much as 65 percent of annual Canadian Prius sales.

Toyota’s AWD-e system is ideal for Prius, using an independent electric, magnet-less rear motor (a Toyota first) to power the rear wheels from 0 to 10 km/h, then when needed, up to 70 km/h. This system provides the power to the rear wheels to pull away from a stop, yet the on-demand system recognizes when all-wheel-drive performance is not needed to provide great fuel economy.

The addition of the available electronic AWD system is only part of the wider revision to the 2019 Prius, which debuts newly refined front and rear exterior styling, along with additional interior updates and other amenities.

Patrons of the auto show will be inspired as they peruse the Toyota display.  They’ll quickly realize that the incredibly redesigned, all-new 2019 Toyota RAV4 Hybrid checks all the boxes on their list, from sportiness and style, to performance and fuel efficiency.  Headlining the five available model/grade configurations, is the first-ever RAV4 Hybrid XSE – the sportiest-ever - with super-quick acceleration and specially-tuned suspension systems that make it the quickest RAV4 in the line-up.  And, with just a $1,400 premium that guarantees you more speed, fewer emissions and a great return on investment, there has never been a better time to consider switching from gas to a hybrid,

Another highlight in the Toyota exhibit is a pair of iconic vehicles ready to hit Canadian roads later this year. The first is the Toyota Supra – one of the most-loved vehicles in the company’s history, brought forward into the future. The return of the Supra has been highly anticipated by those who are passionate about performance, and with a price point of $64,990, the 2020 model will not disappoint. Also on display is the #1 selling vehicle in the world – the Toyota Corolla. The next-generation will be the first Corolla in Canada to offer the option of a hybrid powertrain.

Other reasons to visit Toyota display include a full range of trucks, SUVs and sedans, in addition to sophisticated technology that enhances connectivity, and improved safety technology for all with the next generation of the company’s industry-leading bundle of active safety technologies, Toyota Safety Sense 2.0.