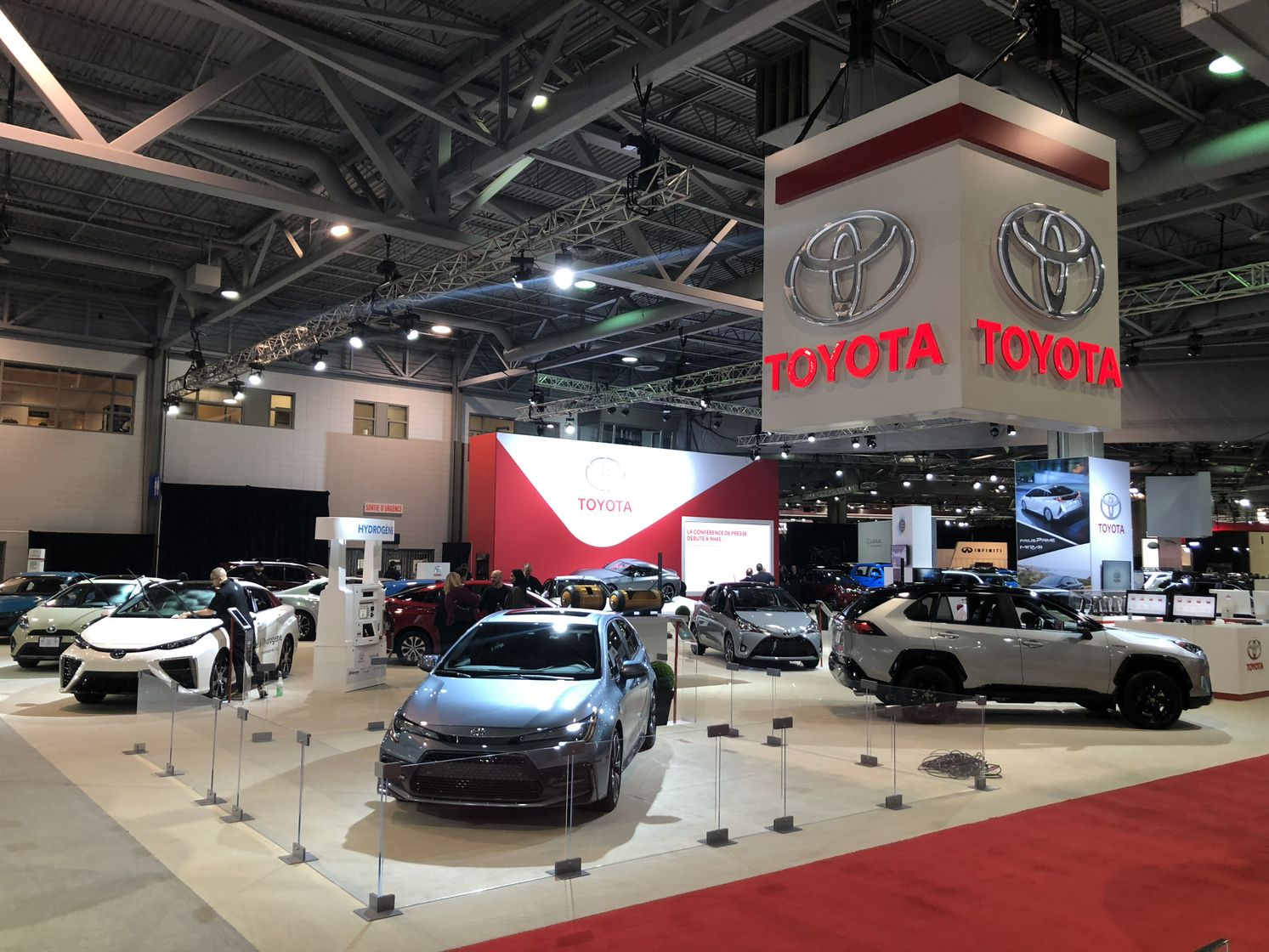 TORONTO, ON – March 4, 2019 – Toyota Canada brings an electrifying display of futuristic vehicles to Quebec City this month – including new super-efficient gasoline-electric hybrids, the return of the legendary Supra sports coupe, the next-generation Toyota Corolla, and more. Visitors to the Quebec City International Auto Show – March 5-9, 2019 – can explore these and more in the Toyota exhibit, and even sign up to take a hybrid or fuel cell vehicle for a drive.

“Quebec drivers are leading the way when it comes to embracing low and zero-emissions vehicles, and we’re delighted to offer a broad range of advanced powertrain vehicles for test drives during this auto show – headlined by the all-new Toyota Prius AWD-e, which adds all-wheel-drive confidence to the world’s best-selling hybrid,” said Jocelyn Daneau, Quebec Zone Manager for Toyota Canada Inc. “We’re equally excited to introduce Quebecers to the 2020 Toyota Supra performance sports coupe, the 2020 Toyota Corolla – which will introduce the first hybrid Corolla to North America – and the all-new RAV4 Hybrid XSE.”

The 2019 Toyota Prius AWD-e will be available for test drives. It features a newly-developed Nickel-Metal Hydride battery designed to provide excellent performance in cold-weather conditions, plus high-torque electric motors on both axles. These motors deliver on-demand all-wheel-drive performance without the need for a centre differential or other torque-apportioning devices and without a front-to-rear driveshaft. This state of the art electric all-wheel-drive system is designed to automatically revert to front wheel drive performance when it’s not needed in order to maximize fuel efficiency. With a starting MSRP of just $28,990, the Prius AWD-e is just $1,000 more than a front wheel drive model, yet is also equipped with several additional style, comfort and convenience amenities – including fog lamps and premium LED headlamps..

Auto show visitors may also test drive two of Toyota’s advanced technology superstars. The Toyota Mirai is a zero-emissions hydrogen-powered fuel-cell electric sedan, which will be driven daily by the Government of Quebec and is available for purchase by fleets at Quebec City dealerships. The Toyota Prius Prime is Toyota’s newest plug-in gasoline-electric hybrid model, boasting a cruising range of more than 1,000 km.

Other highlights include the incredibly redesigned, all-new 2019 Toyota RAV4 Hybrid, offered in five model/grade configurations, including the first-ever RAV4 Hybrid XSE – the sportiest-ever, with super-speedy acceleration and specially-tuned suspension systems that make it the quickest RAV4 in the line-up.

Another highlight in the Toyota exhibit is a pair of iconic vehicles ready to hit Canadian roads later this year.

The first is the 2020 Toyota Supra GR – a legendary vehicle in the company’s history, brought forward into the future. Offered as a single, impressively-equipped model with an MSRP of $64,990, the new Supra is equally at home on the track as it is on the open road or the city street, aggressively styled to convey its authentic performance credentials, and loaded with features and amenities that will remind every Supra owner just how much fun driving can be.

Also ready for inspection is the 2020 Toyota Corolla sedan. The next-generation of the worlds’ best-selling vehicle of all time will be the first Corolla in Canada to benefit from the Toyota New Global Architecture, with bold styling and dynamic performance. Available in several trim levels, including sporty SE and XSE packages, the 2020 Corolla sedan will be generously equipped, and introduce Canadians to an incredible choice of powertrains – including the first hybrid Corolla in Canada, as well as one of the few models in Canada still offered with the choice of a manual transmission.

Other highlights at the show include examples of Toyota’s TRD Pro off-roading trucks, which will be upgraded later this year with new features such as Android Auto and Amazon Alexa compatibility. Visitors can also learn about Toyota’s Entune 3.0 audio and connectivity systems enhanced with Apple CarPlay, Toyota Safety Sense 2.0 – the next generation of the company’s industry-leading bundle of active safety technologies, which enhance driver capabilities – and more.