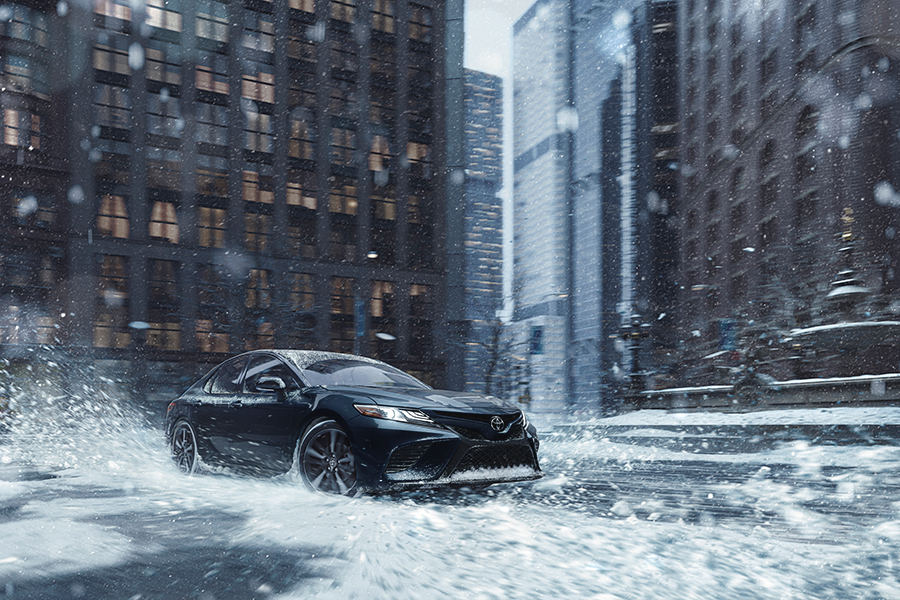 TORONTO, ON – November 13, 2019 – With winter about to spread its icy grip to much of Canada and the United States, Toyota is introducing the new all-wheel drive Camry and Avalon models to help drivers get a better grip on the road. It’s the first AWD Camry since 1991, and the first-ever Avalon with AWD. The Toyota-developed Dynamic Torque Control AWD system will be available as a standalone option for the Camry LE, XLE, SE and XSE grades and on Avalon Limited.

In recent years, market demand for AWD passenger vehicles has increased, due to the rising popularity of SUVs and crossovers. Midsize sedan customers outside the luxury category, have had relatively few AWD choices. Now, Toyota gives them two more with Camry and Toyota’s flagship sedan, Avalon. 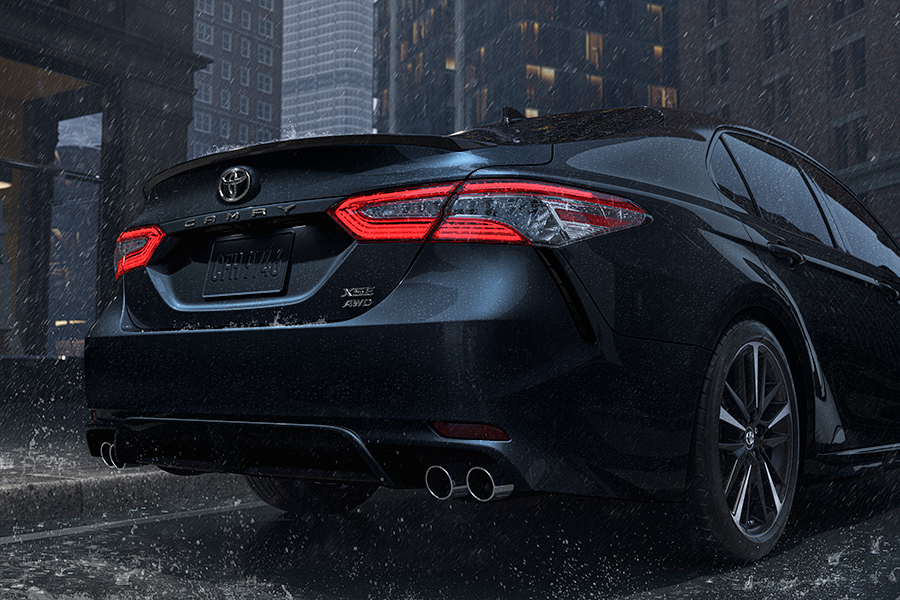 The Camry and Avalon AWD models emphasize Toyota’s commitment to the sedan category with more choices and benefits to its drivers.

Toyota previously offered an AWD Camry in 1988-1991, called the AllTrac. The company appreciates the loyalty, patience and perseverance of all those customers and dealers who sent letters, emails, Facebook comments and texts asking for a modern AWD version of the Camry.

To many car buyers, “all-wheel drive” may mean one thing, but there are many different AWD technologies on the market. Toyota found an ideal type of AWD for Camry and Avalon in its new-generation RAV4 compact SUV introduced for 2019. The Dynamic Torque Control AWD system provides effective traction for inclement and slippery weather while minimizing AWD’s typical drag on fuel economy. Admittedly, the system name is a mouthful; Camry and Avalon models equipped with it will carry a simple “AWD” badge on their trunklids. 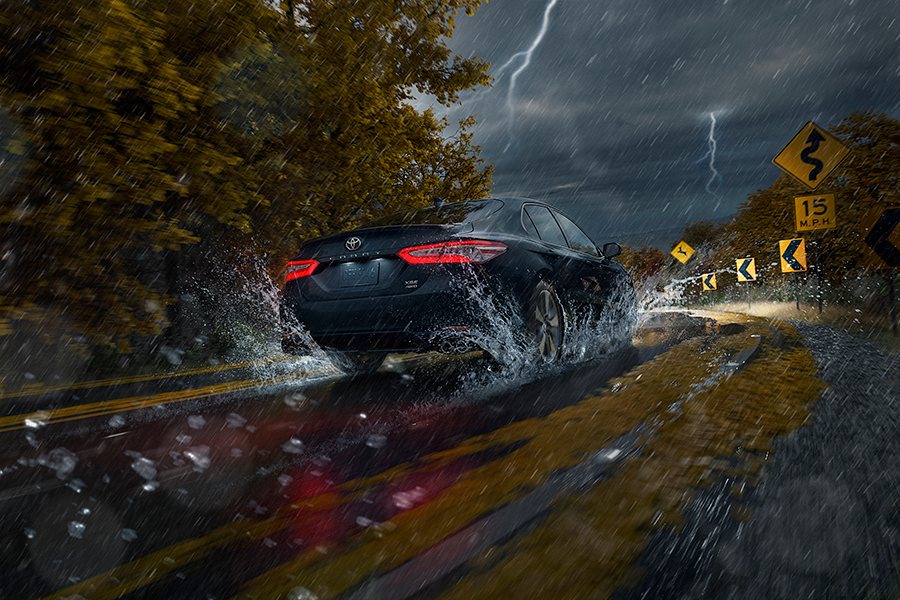 The Camry and Avalon AWD system can direct up to 50 percent of engine torque to the rear wheels, in response to acceleration from a start or slippage at the front wheels.

Notably, when AWD isn’t needed, such as on long highway stretches, the electromagnetic controlled coupling on the front of the rear drive axle can disengage the propeller shaft from the differential to prioritize fuel efficiency. The AWD is designed to re-engage in an instant when needed. AWD operation is transparent to the driver and passengers. On that note, the Camry and Avalon AWD models match their FWD counterparts in critical passenger space, trunk room, ride comfort, cabin quietness and vehicle agility.

Neither the new-generation Camry nor Avalon was originally planned to have an AWD version, so the engineering team at Toyota Motor North America Research and Development in Saline, Michigan,developed them to meet the market demand for AWD sedans. The flexibility and components of the Toyota New Global Architecture (TNGA),and specifically the Camry and Avalon’s TNGA platform,allowed the team to develop the AWD versions in-house with improved efficiency.

Far more than a vehicle platform,TNGA brings together new approaches to engineering, design, production and materials. Its flexibility to develop different models from the same tools had already been proven. The North America-only Camry and Avalon AWD show that TNGA can be used by individual Toyota regions to tailor vehicles to that market’s local needs.

Since the RAV4 is also based on the TNGA platform, the opportunity to share components and basic engineering was built in.The team combined the upper body structure of the Camry and Avalon with the engine, transmission, transfer case and rear differential from the RAV4. The RAV4’s version of the multi-link rear suspension was adapted with some modifications and tuning to suit the sedans. Both the Camry and Avalon AWD use a modified version of the propeller shaft from the all-new Highlander SUV.

Adapting the AWD drive train to the Camry and Avalon required floor structure modifications, plus the use of an electronic parking brake and a saddle-style fuel tank with an optimized capacity for AWD models rather than the flat-style tank in the FWD models. Inside the car has the same rear seat hip point height as the Camry hybrid. Despite the addition of a rear differential, the trunk floor height remains the same as in the FWD versions.

The transformation to AWD adds just 165lbs. over the Camry FWD while the Avalon AWD weight is similar to that of its FWD V6 siblings.

Customers can expect the Camry and Avalon AWD to provide similar ride and handling characteristics as the FWD models, plus of course the added traction capability. The suspension tuning, wheels, and tires differentiating the Camry and Avalon model grades carry over to the new AWD models. That means, for example, the Camry XSE grade features the same sport-tuned suspension and 19-inch wheels in FWD and AWD versions. 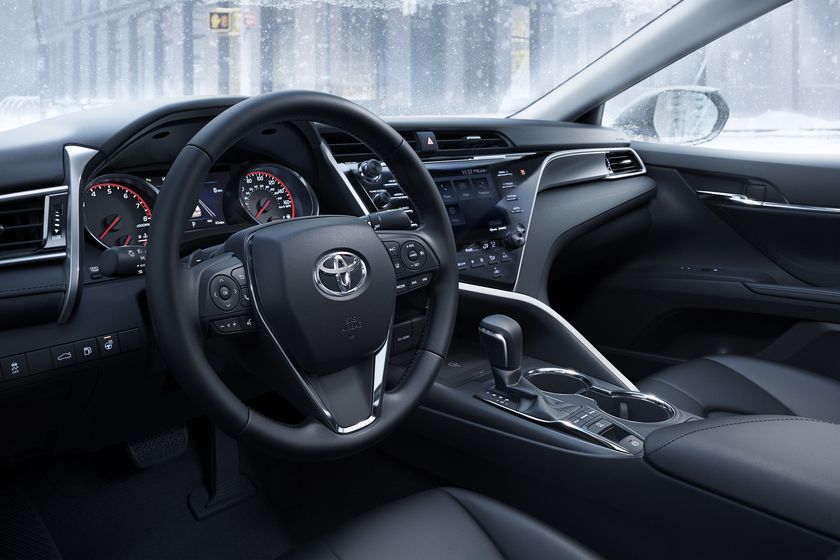 The Camry AWD will be model year 2020 and arrive at dealerships in early spring. The 2020 Camry SE Upgrade AWD, XLE AWD and XSE AWD will come standard with a heated steering wheel. All other standard and optional features carry over from the FWD versions of the LE, XLE, SE and XSE model grades, including the latest Connected Services by Toyota multimedia systems with Android Auto, Apple CarPlay and Amazon Alexa compatibility.