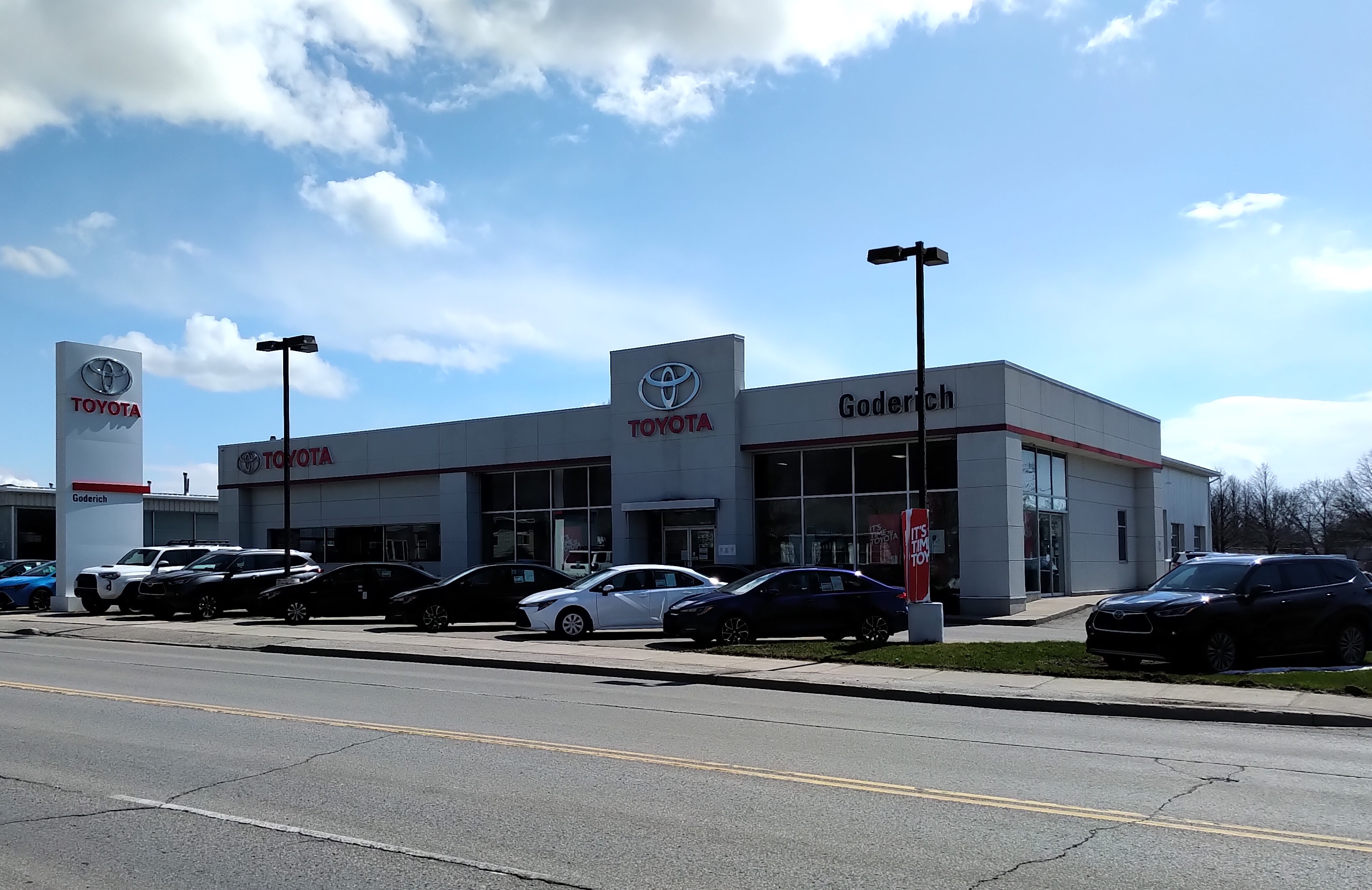 The community of Goderich on the shore of Lake Huron is home to approximately 7,500 people – and Goderich Toyota. When the virus started impacting life in Goderich, general manager Patrick Barnes called Canadian Blood Services to ask how his dealership could help.

“We were worried that, with the stay-at-home directives in place, people might not get out to donate – even though the demand for blood remains constant, even through this pandemic,” Barnes explained. “We created a special ad which we ran on five area radio stations to remind people of this, and to promote an upcoming blood drive in Clinton – a short drive down the highway from our dealership.”

Listen to the Goderich Toyota radio ad below.

The extra advertising worked. Despite the requirement to make an appointment, 93 donors attended the Clinton blood drive in late March.

The special advertisement was in addition to the help Goderich Toyota had already been providing to Canadian Blood Services in the Central Huron region.

“We’ve been supporting blood drives for years,” Barnes noted. “We’ve run radio ads, placed cars outside the donation site to help people find it, and donated a free detailing package for one lucky blood donor’s vehicle. It doesn’t even have to be a Toyota!”

Toyota Canada’s network of Toyota and Lexus dealers - more than 287 locations from coast to coast - have built the company’s reputation for outstanding service. These dealerships are local businesses that depend on the health of their communities. So, when the COVID-19 pandemic threatened their hometowns, dealers such as Goderich Toyota wasted no time looking for ways to help.

For Barnes and his team, supporting Canadian Blood Services is an easy yet important way to help their community – year in and year out.

“Yes, it’s particularly important to get the message out about the need to donate blood during a health crisis such as the current pandemic,” he explained. “But it’s important all the time. There’s an ongoing, vital need for blood donations, which is why we donate our money and time to this charity. We have for years.”

Toyota Canada, Canadian Blood Services and Héma-Québec have been working together since 2015 to improve the efficiency of the country’s blood supply chain. Through knowledge-sharing projects with both organizations, the principles of the Toyota Production System were applied to identify opportunities for process improvements at their production and distribution facilities.

Toyota Canada and its dealers have also extended their support to Canadian Blood Services and Héma-Québec with financial contributions totaling more than $1.5 million.

In addition to the national partnership, local dealerships across the country - like Goderich Toyota - have regularly supported their communities by providing shuttle vehicles, hosting blood donor clinics and donating ad space to help the organizations recruit blood donors at the local level.

“The ongoing support from Goderich Toyota has been invaluable to the success of local donation events,” said Stephanie Wilkinson, Territory Manager, Canadian Blood Services. “Help from Pat and his team is never more than a phone call away and their passionate support of this cause has greatly assisted in the ongoing success of local events.  Having local partners like Goderich Toyota helps us to ensure we are able to meet the needs of patients in Canada.”

Recently, Toyota Canada announced the expansion of their existing partnership with Canadian Blood Services by donating more than one million dollars worth of advertising time to communicate the ongoing need for donations of blood and blood products. Read more about the national contribution here.

For more information about Canadian Blood Services, go to: http://www.blood.ca

In Québec, visit Héma-Québec at: http://www.hema-quebec.qc.ca