The next generation of Toyota’s popular, award-winning and rugged compact pickup makes its Canadian auto show debut April 9-12 at the Edmonton Motorshow
Share 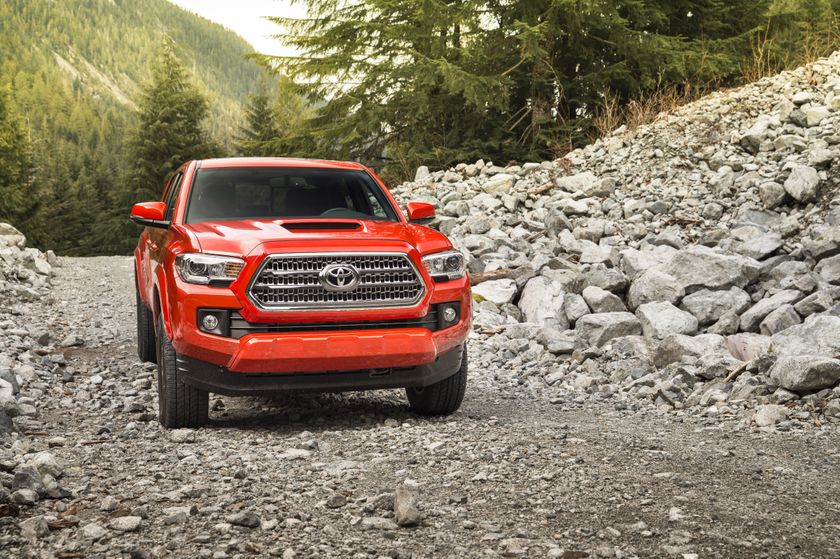 (EDMONTON, AB. – April 8, 2015) Adventure is never far away with a compact pickup truck – and this year Canadians can gear up to dominate almost any terrain they encounter, whether it be on or off-road – with the king of the hill: The all-new, 2016 Toyota Tacoma.

“The 2016 Tacoma is the product of more than 70 years of experience in building rugged, reliable trucks designed to succeed in the toughest climate and terrain conditions around the world,” said Larry Hutchinson, Vice President at Toyota Canada Inc. “Making its Canadian debut at this year’s Edmonton Motorshow, the 2016 Tacoma has been redesigned and reengineered – inside and out, and from the ground up – for a life of adventure from coast to coast.”

Canadians love Tacoma’s winning formula of go-anywhere capability and cargo-carrying versatility. And for 2016, the already popular Tacoma benefits from a long list of new features and improvements, including:

While there’s a lot that’s new about the new Tacoma, some things have not changed – including Toyota’s commitment to crafting quality trucks that are durable and reliable.  Toyota’s quality, dependability and reliability have helped Tacoma earn the 2014 Winner of Canadian Black Book’s Best Retained Value Award for six consecutive years.

The 2016 Toyota Tacoma is the compact pickup that’s ready to tackle almost any challenge, making it the perfect truck for Canadians that are hungry for adventure.

For more information on features and specifications, visit www.toyota.ca/tacoma.

Truck fans in Alberta can be the first in the country to see the 2016 Toyota Tacoma, as it makes its Canadian debut at the Edmonton Motorshow, April 9-12 at the Edmonton Expo Centre.  And that’s not all – as a special guest at this year’s show, Jamie Davis from Highway thru Hell is signing autographs at the Toyota booth on April 11th from 2pm – 5pm.  Toyota’s auto show booth – completely redesigned for this year – also features a range of Toyota cars, SUVs and trucks.