Make a statement with the 2017 Toyota Sequoia 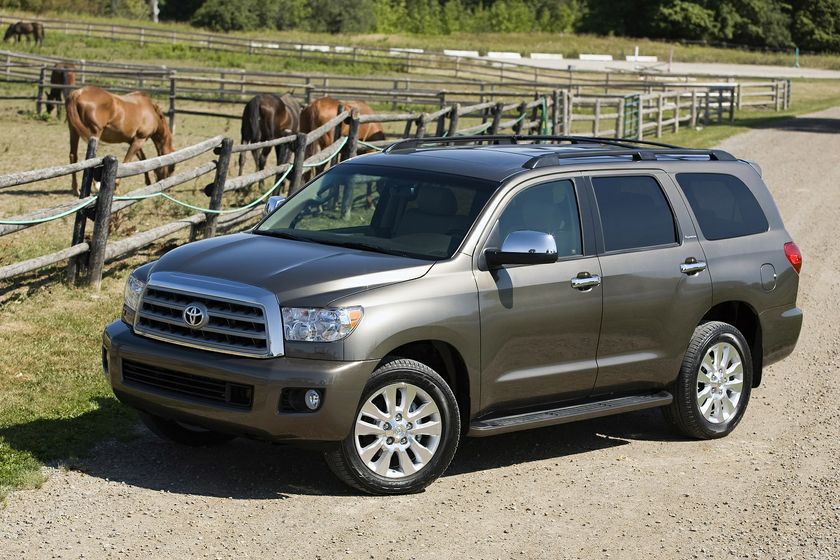 (TORONTO, ON – November 23, 2016) The 2017 Toyota Sequoia is the full-size SUV made for Canadians who want to stake their claim, and do it all. Carefully crafted and powerfully built, Sequoia comes in three distinctive 4WD models, each loaded with an awesome set of standard features.

“There’s no debate: The Toyota Sequoia is the SUV with the winning combination of power, versatility and comfort,” said Cyril Dimitris, Vice-President, Toyota Canada Inc. “Whatever Canadians want to do – from off-road exploration to towing a trailer or a boat – the Sequoia is ready.”

Every 2017 Toyota Sequoia makes a statement with a bold first impression. Long and wide, with a sleek-bodied platform, the Sequoia expresses the bulk and muscle that makes it stand apart in the full-size SUV category. Yet even the smallest details are thoughtfully designed – from the prominent headlamps and fog lamps to the large, easy-to-use door handles and oversized, power adjustable and heated side-view mirrors. Large aluminum alloy wheels and massive tires provide a confident stance and firm footing, even as they improve ride comfort and vehicle dynamics.

Inside, the Sequoia is roomy and comfortable, with space for seven or eight adults (depending on model) and an impressive amount of cargo. Even small things have a home, thanks to thoughtfully-designed storage spaces, while comfort is assured with three-zone automatic climate control as standard.

Sequoia is a force of nature, with full-size performance from a 5.7L V8 that’s the envy of the engine block world. Boasting a wealth of technological advancements, it generates a massive 381 peak horsepower and up to 401 lb-ft of torque. This power is harnessed through a smooth six-speed sequential shift mode automatic with overdrive and lockup torque converter. Handling technologies such as one-touch, on-demand four-wheel-drive, active traction control and trailer sway control make Sequoia surprisingly easy to drive, and every model comes ready to haul – with at least a 3,175 kg (7,000 lb) towing capacity and factory-installed towing package. This includes a heavy-duty hitch receiver, 4+7 pin connectors, trailer brake control pre-wire, supplemental transmission cooler and a transmission fluid temperature gauge.

The Toyota Sequoia is offered in three models:

For complete and up-to-date details and specifications on the 2017 Toyota Sequoia visit https://www.toyota.ca/sequoia.