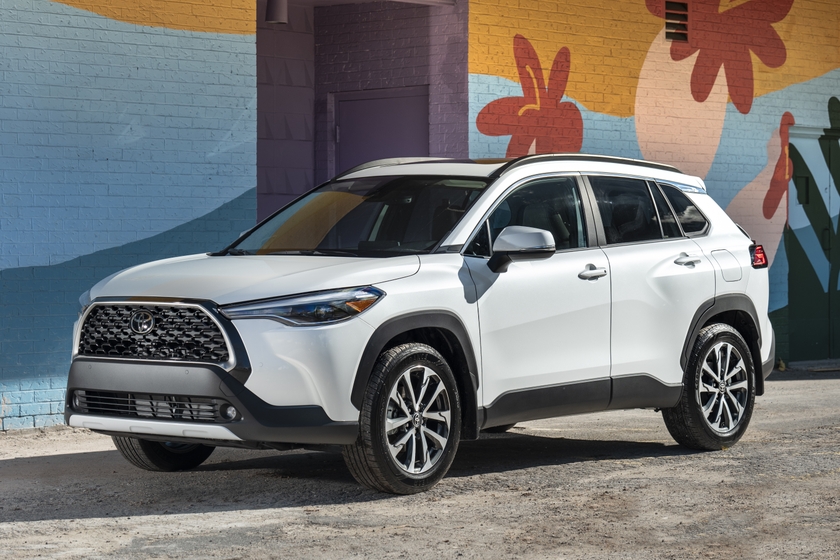 “We’re thrilled to accept this award and thank the members of AJAC for this honour,” said Cyril Dimitris, Vice President, Toyota Canada Inc. “At Toyota we know that well-designed and engineered small vehicles deliver big driving fun and surprising versatility. The Corolla Cross does exactly that - featuring impressive styling that promises adventure, with added all-weather confidence for Canadian drivers, and backed by Toyota’s unmatched quality and efficiency.”

The Corolla Cross combines a right-sized body with sharp styling and class-leading cargo space – up to 608L – making it the ideal subcompact SUV for urban expeditions or rural getaways. As a Toyota, the Corolla Cross is also standard equipped with an impressive package of state-of-the-art safety systems – headlined by Toyota Safety Sense 2.0.

The all-new, 2022 Toyota Corolla Cross is now on sale Toyota Dealers across Canada, with six model and trim configurations starting at just $24,890 MSRP. For complete and up to date details and specifications, visit www.toyota.ca/corolla-cross.

Toyota Canada Inc. (TCI) is the exclusive Canadian distributor of Toyota and Lexus vehicles. Toyota has sold over six million vehicles in Canada through a national network of 286 Toyota and Lexus dealerships. Toyota is dedicated to bringing safety, quality, dependability and reliability to the vehicles Canadians drive and the service they receive. TCI’s head office is located in Toronto, with regional offices in Vancouver, Calgary, Montreal and Halifax, and parts distribution centres in Toronto and Vancouver. Toyota operates two manufacturing facilities in Canada. Having produced more than eight million vehicles, popular Canadian models built at these facilities include Toyota RAV4, Toyota RAV4 Hybrid, Lexus RX 350 and RX 450h hybrid. Recent investments at its facilities in Ontario will allow for increased production of the top-selling Toyota RAV4 and RAV4 Hybrid models.