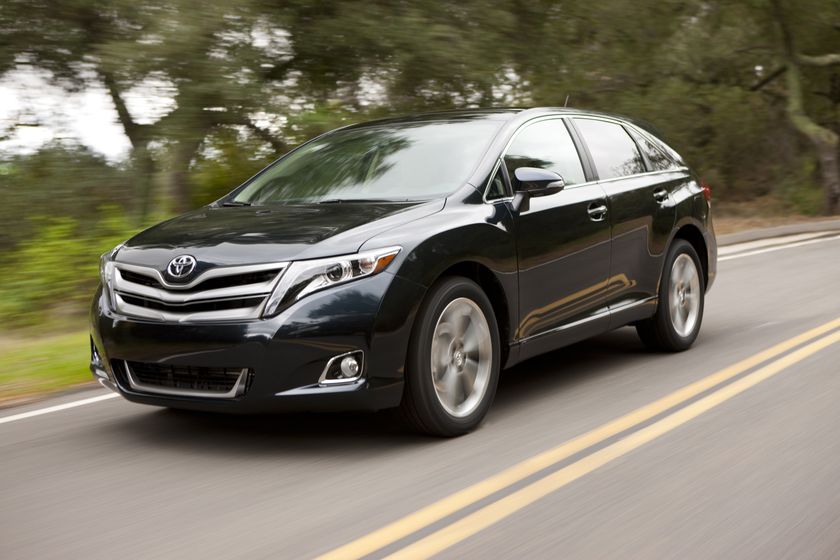 (TORONTO, ON. – August 22, 2014) Combine style and substance in your next new car, with the Toyota Venza – the perfect mix of bold design, driving fun, intuitive and engaging technology, and impressive versatility, enhanced with additional standard features for the 2015 model year.

“Toyota designers and engineers gave the 2015 Venza a generous package of comfort, convenience and technology features, then wrapped Venza in distinctive styling, inside and out,” noted Larry Hutchinson, Vice President of Toyota Canada Inc. “With SUV-like versatility, the driving comfort of a sedan, and a choice of engine sizes and drive trains, there’s a versatile Venza for everyone.”

Performance is assured with a choice of an efficient 182 HP 2.7L four-cylinder or a powerful 268 HP 3.5L V6, mated to a six-speed automatic Super ECT transmission with sequential shift mode. Features such as highly responsive electric power steering and hill start assist control make Venza a delight to drive, while seven airbags and the six active technologies in the Toyota Star Safety System headline Venza’s many safety features.

Venza is big on choice, with four models and a range of options packages:

The Toyota Venza AWD and Toyota Venza AWD V6 feature the added confidence of on-demand all-wheel-drive with Toyota’s Active Torque Control System, and may be enhanced with a choice of two upgrade packages:

The 2015 Toyota Venza is now on sale at Toyota Dealers across Canada. For more information on features and specifications, visit www.toyota.ca/venza.

About Toyota Canada Inc.
Toyota Canada Inc. (TCI) is the exclusive Canadian distributor of Toyota, Lexus and Scion vehicles.  Incorporated in 1964, Toyota has sold more than 4 million vehicles in Canada through a national network of 285 Toyota, Lexus and Scion dealerships.  Toyota is dedicated to bringing safety, quality, dependability and reliability in the vehicles Canadians drive and the service they receive.  TCI’s head office is located in Toronto, with regional offices in Vancouver, Calgary, Montreal and Halifax and parts distribution centres in Toronto and Vancouver.  Toyota operates two manufacturing facilities in Canada which build popular Canadian vehicles Toyota RAV4, Toyota Corolla, Toyota Matrix, Lexus RX 350 and RX 450h hybrid.  Toyota Motor Manufacturing Cambridge (TMMC) also manufactures the Toyota RAV4 EV for the North American market.  TMMC is the only Toyota manufacturer in North America to assemble both hybrid and electric vehicles.