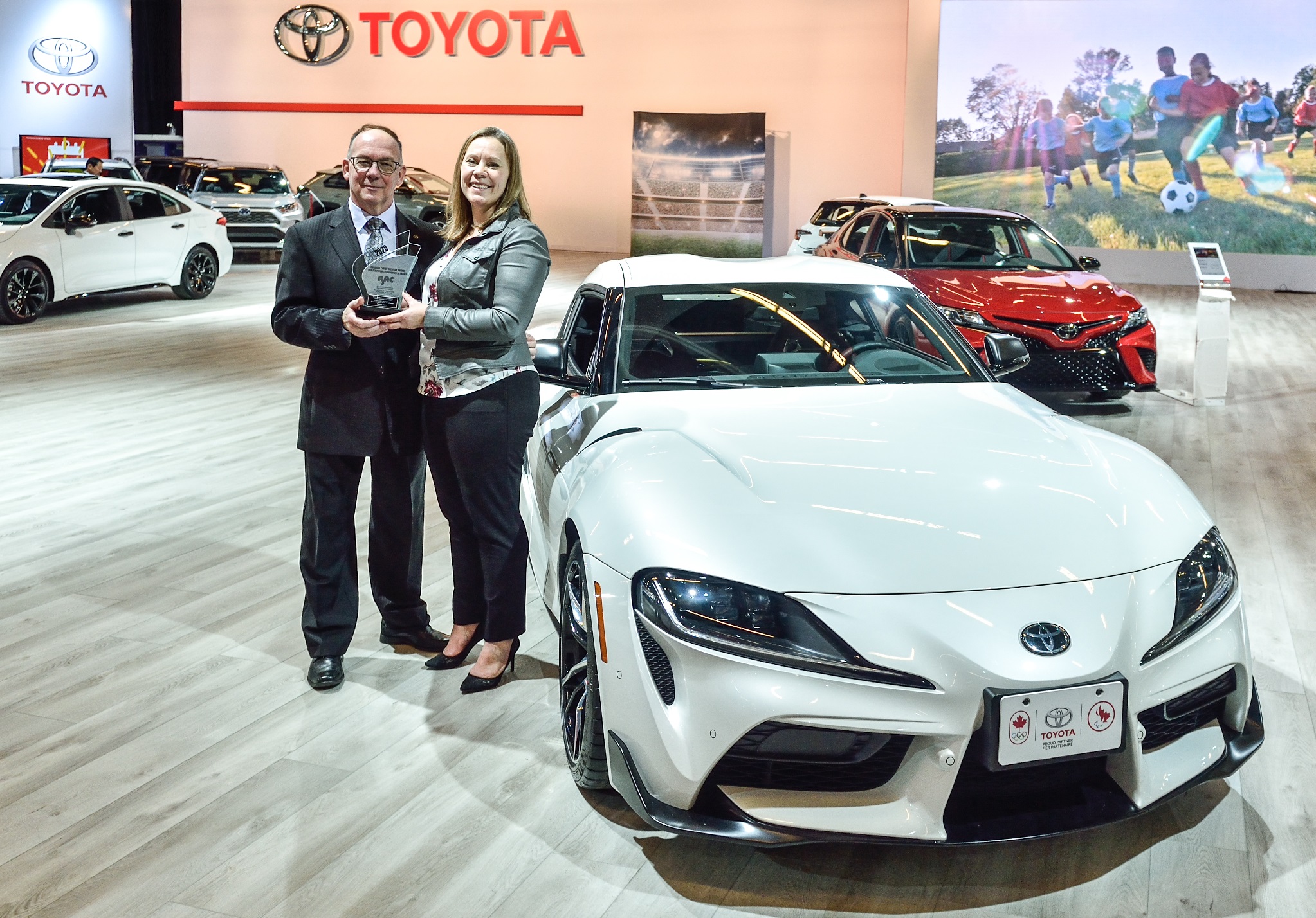 TORONTO, ON – JANUARY 23, 2020 – The return of the Toyota Supra last year was one of the worst-kept secrets in the auto industry – but it proved to be worth the wait. And the members of the Automobile Journalists Association of Canada agreed. Last week at the Montréal International Auto Show, AJAC named the 2020 Toyota GR Supra as the association’s Best Sports-Performance Car in Canada for 2020. The category win puts the GR Supra in the running for AJAC’s 2020 Canadian Car Of The Year trophy, to be awarded at the Canadian International Auto Show in Toronto next month.

“The 2020 Toyota GR Supra is the sports car that enthusiasts were waiting for – with an exhilarating combination of power, precision and agility wrapped in aggressive coupe styling and enhanced with an impressive list of premium comfort and convenience features and technologies,” said Cyril Dimitris, Vice President, Toyota Canada Inc. “We’d like to thank the members of AJAC for recognizing the Supra’s rebirth with this important honour.”

The Toyota Supra returned to Canadian showrooms in 2019 for the first time in more than 20 years, as a fully-loaded model prepared to turn heads and shred records on Track Days. Equally at home on the circuit as it is on the open road or the city street, the GR Supra is aggressively styled to convey its authentic performance credentials and loaded with features and amenities that will remind every Supra owner just how much fun driving can be.

The 2020 Toyota GR Supra is an iconic marque from Toyota’s history, brought forward into the future. This two-seater sports coupe is the first Toyota to earn the “GR” suffix – signifying that it has been track tested and fine-tuned by GAZOO Racing, Toyota’s in-house motorsports team, which counts Toyota’s global president, Akio Toyoda, amongst its drivers.

For complete and up to date details and specifications on the GR Supra, visit your Toyota Dealer or www.toyota.ca/supra

About Toyota Canada Inc.
Toyota Canada Inc. (TCI) is the exclusive Canadian distributor of Toyota and Lexus vehicles. Toyota has sold over five million vehicles in Canada through a national network of 287 Toyota and Lexus dealerships. Toyota is dedicated to bringing safety, quality, dependability and reliability to the vehicles Canadians drive and the service they receive. TCI’s head office is located in Toronto, with regional offices in Vancouver, Calgary, Montreal and Halifax, and parts distribution centres in Toronto and Vancouver. Toyota operates two manufacturing facilities in Canada. Having produced more than eight million vehicles, popular Canadian models built at these facilities include Toyota RAV4, Toyota RAV4 Hybrid, Lexus RX 350 and RX 450h hybrid. Recent investments at its facilities in Ontario will allow for increased production of the top-selling Toyota RAV4 and RAV4 Hybrid models.