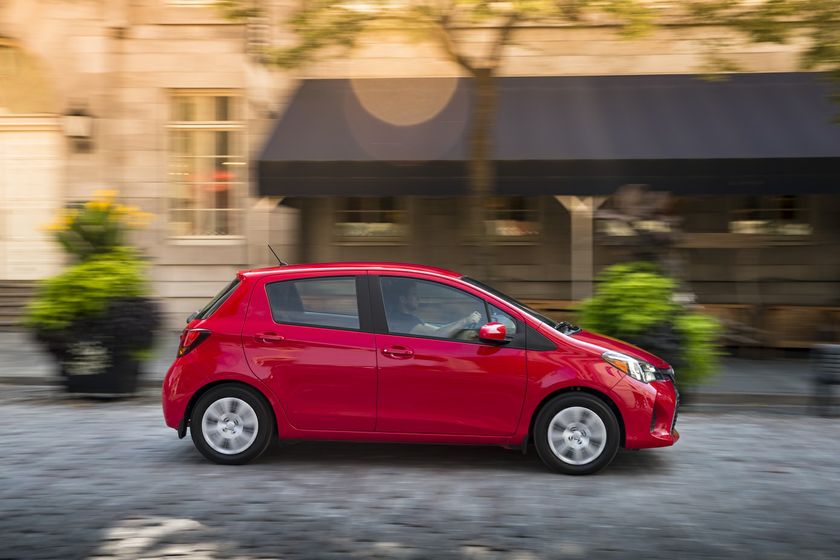 (TORONTO, ON – November 18, 2016) Don’t let its small footprint fool you: The Toyota Yaris Hatchback is big on everything that matters. And for 2017, Toyota offers three models – each in a choice of manual and automatic transmissions – all with new safety and convenience features.

“Canadians love smaller cars – and the Toyota Yaris Hatchback demonstrates why, with agile handling, impressive efficiency, surprising comfort and extensive amenities,” said Cyril Dimitris, Vice-President, Toyota Canada Inc. “For 2017, every Yaris Hatchback comes with more standard features to give drivers even more value, so there’s never been a better time to get behind the wheel.”

Every Yaris Hatchback offers room for up to five people, plus generous comfort, convenience, technology and safety features as standard. For 2017, all models are enhanced with Toyota Safety Sense C (TSS-C) – including a Pre-Collision System, Lane Departure Alert and Automatic High Beams. 2017 enhancements also include a new steering wheel which puts Lane Departure Alert controls and audio controls at the driver’s fingertips.

The Yaris Hatchback has a bold, distinctive body style and is available in three fun-to-drive, fuel-efficient models:

All models are powered by a 106 peak horsepower, 1.5L 4-cylinder engine and are offered with a choice of a 5-speed manual transmission or an available 4-speed automatic transmission. A fun ride is assured with a Euro-tuned suspension, responsive steering and braking, and a tight turning circle which means even busy city streets are no match for the Yaris Hatchback.

All models are impressively equipped, with standard features including Display Audio with Bluetooth capability, power windows and door locks, 60/40 split fold down rear seats, a multi-information display, a rear window wiper/washer, and more.

Safety is always standard on a Toyota.  With the addition of Toyota Safety Sense C, every 2017 Yaris Hatchback is equipped with active and passive safety features, including nine airbags, the Toyota Star Safety System, and more.