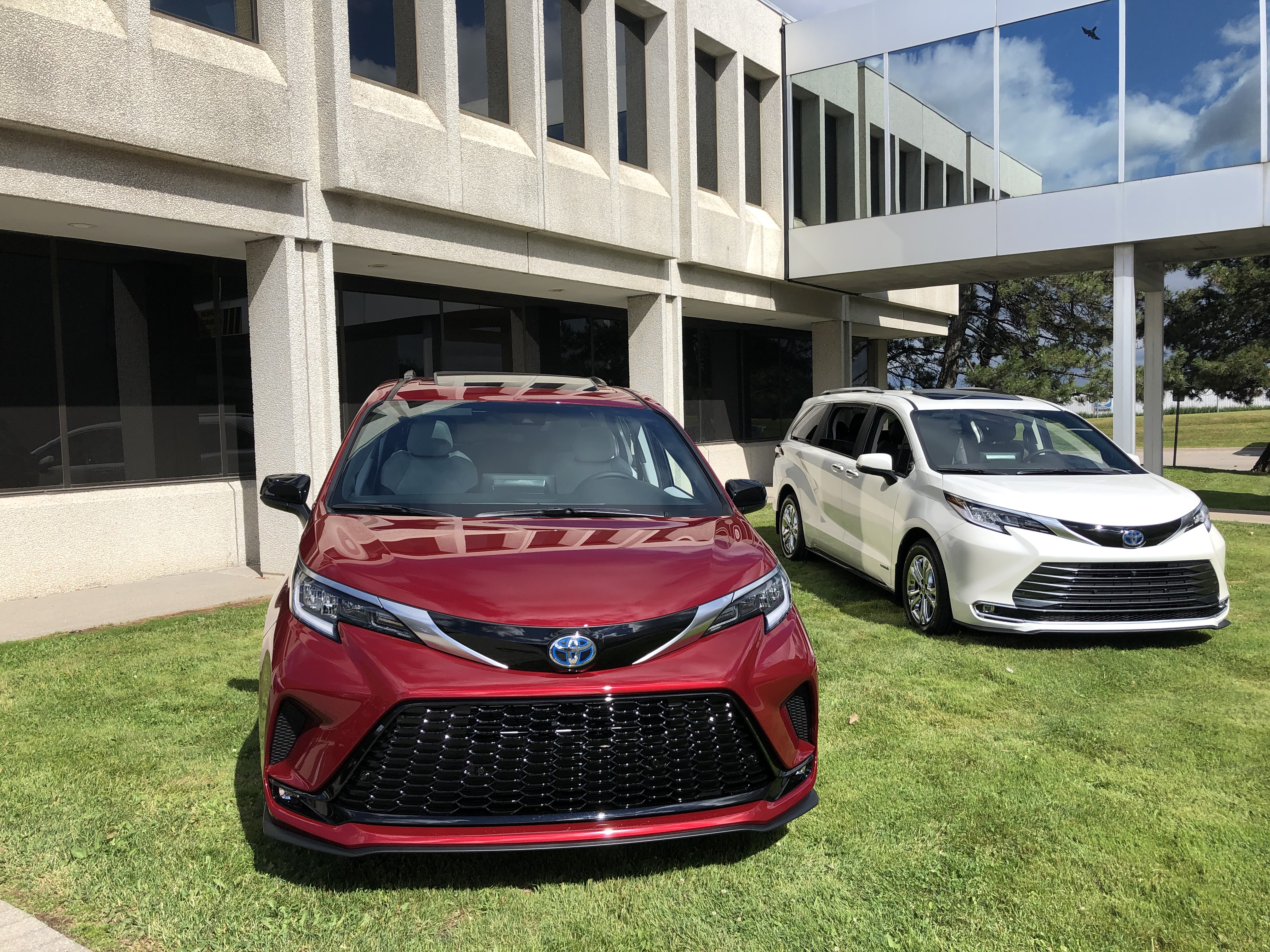 Toronto, June 30, 2020 – In the automotive industry, the “media preview” event is a big deal. It’s usually the first opportunity for auto journalists to learn about and explore a new model - and to discuss the vehicle with experts from the company that made it. And, while many discussions can take place online, there’s no better way to answer questions such as “is it comfortable?” than to actually sit inside the vehicle.

So, that raises critical questions for automakers: How do they host important journalists, and give them the all-important first-hand experience, at a time when physical distancing and strict virus-fighting protocols are required?

Toyota Canada recently hosted a totally new type of media event to give select Canadian auto journalists a first-hand look at prototypes of the forthcoming 2021 Toyota Venza and 2021 Sienna.

“We looked at the issues – including the need to give auto journalists a timely and in-person media walkaround while also keeping everybody safe – and we designed an event to address those challenges,” said Stephen Beatty, Vice President, Corporate at Toyota Canada. “For many of the journalists we hosted, this was the first event they’d attended since COVID-19 locked down the country. They appreciated the chance to see the vehicle but were also curious to see exactly how we would design such an event since they’re so important to their work.”

Before the global pandemic struck, a typical vehicle reveal event would take place at an auto show. Indeed, the Venza and Sienna were scheduled to be revealed in New York earlier this year. Journalists would have a brief period – usually in a media scrum – to ask questions before moving onto the next vehicle reveal.

Obviously, traditional auto shows weren’t able to satisfy the necessary physical distancing requirements or COVID-19 cleaning protocols, and were cancelled, so Toyota was unable to reveal the new Venza or Sienna via the traditional approach.

Instead, Toyota hosted a global reveal online on May 18. This gave journalists the opportunity to learn about the 2021 Venza and 2021 Sienna, their innovative features, their place in the market and Toyota’s commitment to hybrid technology. (The Venza and Sienna will only be offered with a hybrid powertrain.)

Toyota Canada followed this, almost immediately, with a series of in-person events in Toronto and Montreal. 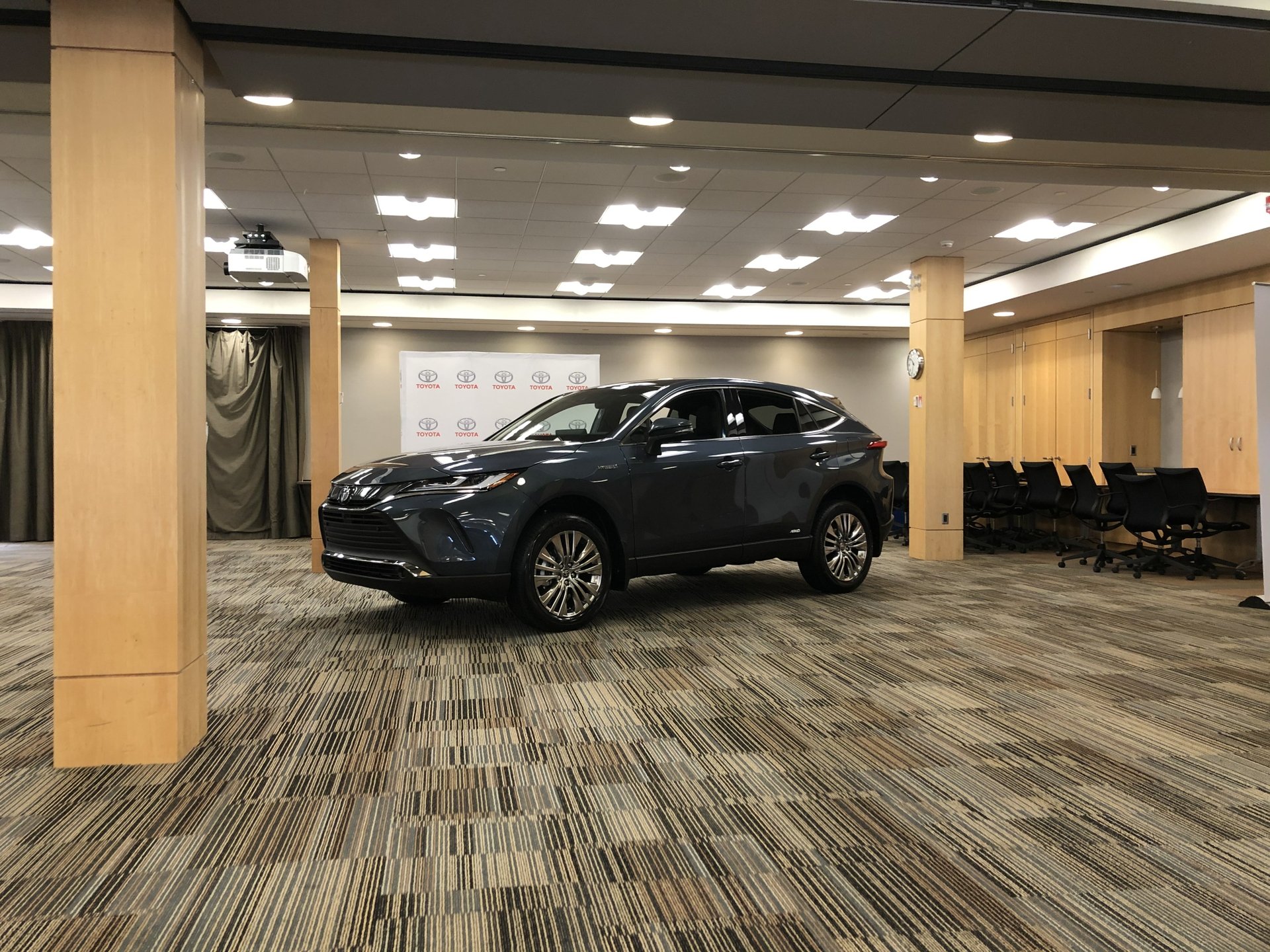 Event days were broken into one-hour blocks, with each journalist being given exclusive time with the vehicle. Upon arrival, each reporter was provided with a health questionnaire to complete. They were also given a kit containing a mask, gloves and a small bottle of vehicle-surface-friendly cleaning solution to give them the option to clean touch points themselves.

“We take the health of everyone involved - journalists, employees and vendors - very seriously and our goal was to provide the necessary protective gear to make our guests feel comfortable at our events,” said Romaric Lartilleux, Manager, Product Public Relations at Toyota Canada.

After a brief introduction, each journalist was provided with a 15-minute walk-around during which they could explore the Toyota Venza (or Sienna) prototype with assistance from a Toyota University product expert. This was followed by a 35-minute question and answer session with a Toyota executive. After each walk-around, a cleaning team thoroughly wiped down the vehicle to sanitize it and prepare it for the next media guest.

“Feedback was really positive,” Lartilleux noted. “The reporters appreciated the timeliness of the events – that they were among the first, anywhere in the world, to see and touch the new vehicles in person – and they loved the opportunity to have exclusive, one-on-one time with people from the company. This isn’t something that’s normally possible during an auto show, so it might have actually worked out better for them.”

“We’ve learned some valuable lessons from this experience – and not only about how to host a new type of event safely during a pandemic,” Beatty pointed out. “We’ll definitely apply those lessons to future events, so we can continue to share our exciting new vehicles with the media.”