Canadian not-for-profits invited to apply for a chance to receive one of three brand-new Toyota vehicles, including modifications for physical accessibility
Share 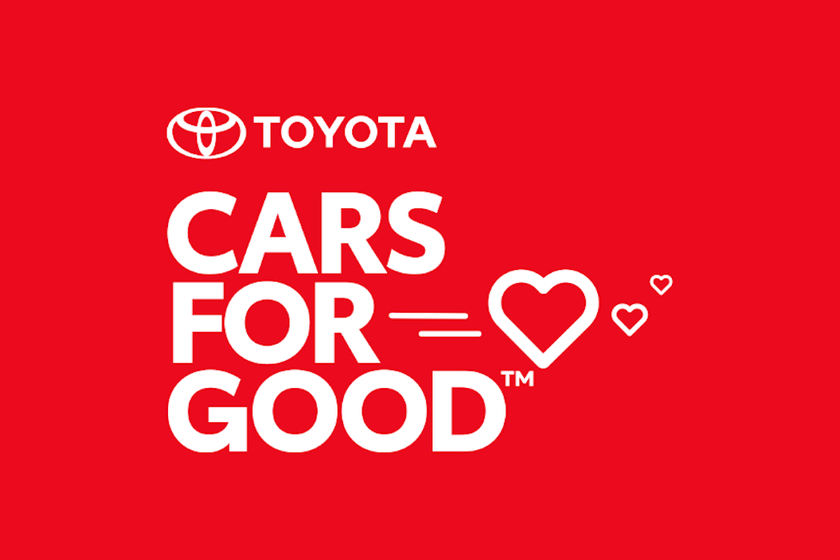 TORONTO, ON – November 3, 2022 – Toyota Canada will again be giving new vehicles to three organizations working to foster inclusion through increased physical accessibility in their communities. The company announced the launch of this year’s national Toyota Cars for GoodTM program, recognizing grassroots organizations focused on breaking down barriers to movement in communities across Canada.

Three organizations will each be awarded a brand-new 2023 Toyota vehicle valued at up to $90,000 with modifications that may be required for improved physical accessibility.

“Countless remarkable organizations across the country are working hard to build more inclusive and accessible communities,” said Cyril Dimitris, Vice President, Sales and Marketing, Toyota Canada. “The goal of the Toyota Cars for GoodTM program is to provide them with some of the support they need to continue to do their important work.”

Registered charitable organizations in Canada are encouraged to apply for the Toyota Cars for GoodTM program by December 31, 2022. The application includes a written submission about each organization’s mission and values; its local impact on reducing barriers to movement and fostering inclusion through physical accessibility; and how a new vehicle would benefit or enhance the organization’s community efforts.

All entries will be evaluated by a panel of judges from throughout the Canadian accessibility community.

In the summer of 2020, as part of their efforts to support Canadian communities during the pandemic, Toyota Canada and its dealers launched the local Toyota Cars For GoodTM program – an umbrella program providing short-term vehicle loans to local charitable organizations across the country.

For more information about the national Toyota Cars For GoodTM program – or to apply - visit: www.toyota.ca/carsforgood

Toyota Canada Inc. (TCI) is the exclusive Canadian distributor of Toyota and Lexus vehicles. Toyota has sold over six million vehicles in Canada through a national network of 287 Toyota and Lexus dealerships. Toyota is dedicated to bringing safety, quality, dependability and reliability to the vehicles Canadians drive and the service they receive. TCI’s head office is in Toronto, with regional offices in Vancouver, Calgary, Montreal and Halifax, and parts distribution centres in Clarington and Vancouver. Toyota also operates two manufacturing facilities in Canada. Having produced more than nine million vehicles, popular Canadian models built at these facilities include Toyota RAV4, Toyota RAV4 Hybrid, Lexus RX 350 and RX 450h hybrid, as well as Lexus NX 250, NX 350 and NX 350h hybrid. The company has sold more than 19 million electrified vehicles worldwide and is the number one seller of electrified vehicles in Canada