Toronto, ON., (December 1, 2014) Toyota Racing is the 2014 drivers’ and manufacturers’ World Champion after a successful conclusion to the FIA World Endurance Championship season in the Six Hours of Sao Paulo, at Interlagos. 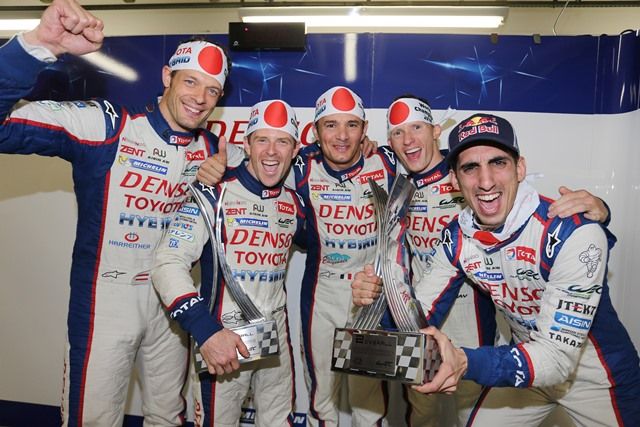 Today’s result marks a historic moment in sports car racing history as it is the first time a Japanese manufacturer has won the World Endurance Championship in any of its guises since its inception in 1953.

It also marks a significant milestone for the Toyota hybrid system – Racing. The project to pioneer a motorsport hybrid system began in 2006 and in July 2007 a TOYOTA Supra became the first-ever hybrid winner, in the Tokachi 24 Hours. That pioneering super capacitor technology has been extensively developed, reducing weight and increasing power, leading to the 986 hp, four-wheel-drive TS040 hybrid which has simultaneously reduced fuel consumption by 25% compared to 2013.

Akio Toyoda, President, TOYOTA Motor Corporation: “After only three years in the FIA World Endurance Championship, I’m overjoyed that TOYOTA Racing was able to win both the drivers’ and manufacturers’ World Championships this season with the TS040 HYBRID. I must express my sincere gratitude to our fans for their encouragement and our partners for their support. I would also like to say congratulations and thank you to all the drivers and racing team staff who worked so hard and closely together throughout the season. TOYOTA will use these experiences in the FIA World Endurance Championship to help revolutionize hybrid technology and to help make ever-better cars that delight people around the world.”