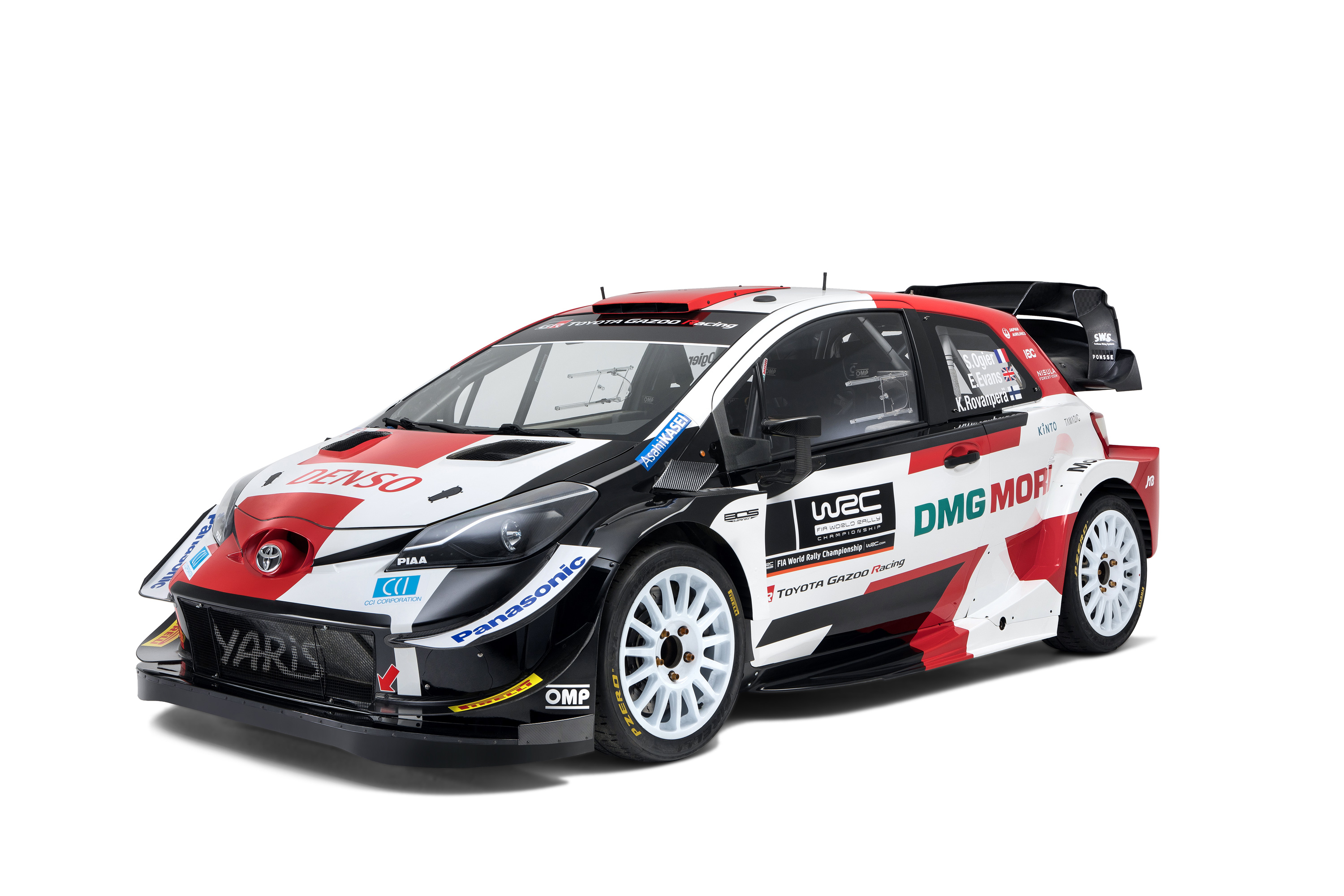 TORONTO, ONTARIO– January 18, 2021 –TOYOTA GAZOO Racing World Rally Team has unveiled a new look for the Toyota Yaris WRC as it prepares to add to the car’s haul of FIA World Rally Championship success during the 2021 season.

The new livery is similar to that worn by the new GR010 HYBRID for the FIA World Endurance Championship – with a design on the GR lettering indicating the strong connection between Toyota’s competition cars and road cars such as the GR Supra.

Underneath this new appearance, the team will continue with the proven package of the Toyota Yaris WRC for a fifth consecutive season – the last before new technical regulations are introduced to the championship in 2022.

So far, the car has achieved 17 victories in the WRC (winning over one-third of the events it has taken part in) and 322 stage wins. After the manufacturers’ title of 2018, it has been taken to back-to-back drivers’ and co-drivers’ crowns in 2019 and 2020. In 2021, the team’s aim is to secure the full set of championship titles.

The team continues to work to optimize the Yaris WRC, with further developments set to be introduced during 2021. The car is also now fitted with Pirelli tires as the Italian company becomes the sole tire supplier for the WRC’s top categories from this season.

The team enjoys strong continuity into 2021, especially with its driver line-up as all three crews stay on for a second season. After claiming their seventh world title in 2020, Sébastien Ogier and Julien Ingrassia return alongside Elfyn Evans and Scott Martin, who finished as runners-up in their strongest season to-date. KalleRovanperä and JonneHalttunen will look to build upon their promising rookie campaign, in which they finished fifth in the championship.

The season is set to begin with the classic curtain-raiser Rallye Monte-Carlo on January 21-24.