The Future At Toyota Is Electrified, Explore Your Options to Find Your Lifestyle Match At The 2020 Montréal International Auto Show 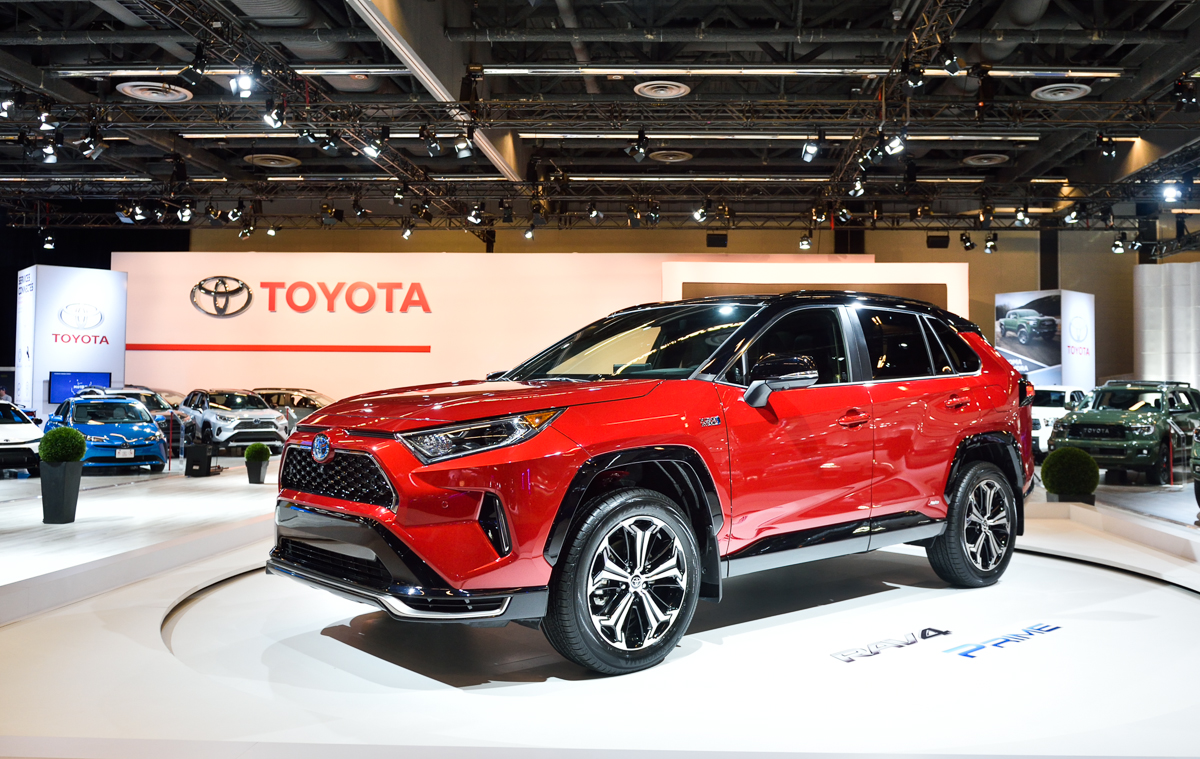 MONTREAL, QUEBEC – JANUARY 16, 2020 – Discover the world of electrification at the Toyota exhibit at the 2020 Montréal International Auto Show. Canadians will get their first look – up close and personal – at the quickest, most powerful and electrified RAV4 … and a mid-size SUV that is fuel-efficient without compromising on performance – plus a full range of fun to drive, stylish and safe Toyota coupes, sedans, hatchbacks, crossovers, SUVs, minivan and pick-up trucks.

“Consumers have never been more ready to embrace the design, performance and fuel-efficiency of our electrified line-up,” said Cyril Dimitris, Vice-President, Toyota Canada Inc. “Today we are pleased to introduce two additional electrified models - the 2021 RAV4 Prime and 2020 Highlander Hybrid - to the Toyota line-up and place them on exhibit here in Montreal.”

This new RAV4 Prime is the most fun-to-drive yet and is built on the same Toyota New Global Architecture (TNGA) platform as the current-generation RAV4 and RAV4 Hybrid. With an estimated 302 horsepower at the driver’s command, the RAV4 Prime will be the most powerful in the compact SUV segment. An acceleration time from 0-96 km/h in just 5.8 seconds – makes RAV4 Prime the second-quickest vehicle in the Toyota line-up, after the GR Supra. RAV4 Prime also delivers the all-weather confidence of advanced, electronic on-demand all-wheel-drive, plus the responsive handling of a sport-tuned suspension.

It’s also Toyota’s first North American plug-in-hybrid RAV4, which means it will deliver incredible fuel efficiency, estimated at just 2.6Le equivalent per 100 kilometers. With a battery-only range of 60 kilometers, drivers will be able to make most daily trips without using a drop of gasoline. When the longer road trip beckons, RAV4 Prime seamlessly transforms into a full gasoline-electric hybrid vehicle – so there’s never any worry about finding a charging station.

From acceleration to efficiency, RAV4 Prime redefines what an SUV can be – even as it provides the comfort, versatility and space that has made RAV4 Toyota’s most popular model in Canada. The 2021 Toyota RAV4 Prime goes on sale later this year.

This is the first Highlander Hybrid to be built using the TNGA – giving it many benefits over the previous generations. Performance upgrades include enhanced agility, a tighter turning circle, and the smoothest and quietest ride yet. TNGA also liberates the Highlander Hybrid’s design, giving it a more powerful stance and a modern, sophisticated attitude while still accommodating up to eight people in comfort and style.

The 2020 Toyota Highlander Hybrid delivers impressive performance plus incredible efficiency. Its all-new hybrid system boasts a 19 per cent improvement in fuel efficiency over the model it replaces – even as it generates almost as much system power as its gasoline-powered cousin. The new Highlander Hybrid is not only the most efficient Highlander to date – it’s also now more efficient than many gas-powered compact sedans and is expected to top its segment in fuel efficiency.

The 2020 Toyota Highlander Hybrid goes on sale later this year.

In addition to these two vehicles, the Toyota exhibit will showcase the company’s full range of models. These include fun-to-drive, fun-to-own sedans, coupes and hatchbacks… plus stylish and versatile crossovers and minivans… and ready-for-anything SUVs and pick-up trucks.

Visit the Toyota booth to Start Your Impossible with Toyota as the 2020 year begins. Along with our line-up of products, visitors can also explore Showroom 360, a pilot project by Toyota which aims to bring a digital experience to our retail stores and enhance the shopping experience for consumers. At the Toyota booth learn about innovative Toyota technologies including the advanced safety technologies in Toyota Safety Sense 2.0, the world’s most popular and proven hybrid powertrains, and the powerful yet intuitive communications features of Connected Services by Toyota.