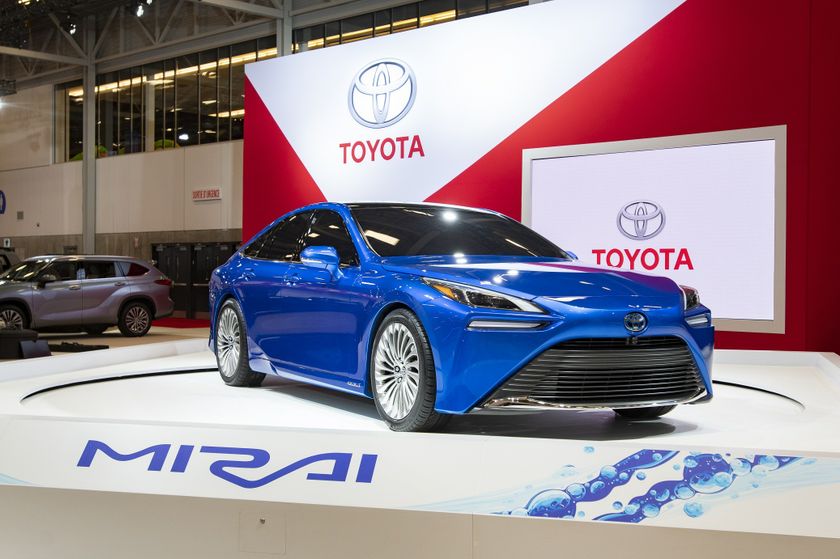 The Mirai – already on the road in Quebec – gets a major makeover with emotionally-charged coupe-inspired styling and a completely redesigned drive train: Be among the first to see it, March 3-8 at Expocité.

TORONTO, ONTARIO – March 2, 2020 – Visit the Toyota exhibit at the Québec City International Auto Show to discover the electrified future of the automobile – today. That’s where Canadian drivers will get their first look – up close and personal – at the newest hydrogen-powered sport sedan, as the second-generation Toyota Mirai makes its Canadian debut.

“Toyota and the province of Québec keep transforming the automotive industry to introduce the second generation Mirai, a hydrogen powered fuel-cell vehicle and an electrified option for Quebecers,” said Jocelyn Daneau, Quebec Zone Manager for Toyota Canada Inc. “Already, thanks to this partnership, dozens of cutting edge, practical and very clean Toyota Mirai sedans are on the road in Québec, and the next generation Mirai will inspire even more people to embrace the hydrogen-powered future.”

The second-generation of Toyota’s hydrogen fuel-cell electric vehicle introduces a dramatic yet refined coupe-inspired body that’s lower, longer and wider than before. The design is aerodynamic yet emotionally evocative without being aggressive – proving that zero-emissions vehicles can also be style-setters.

Mirai’s revolution in design is joined by an equally impressive revolution in driving experience. Most noticeably, for this second-generation Mirai, Toyota has move from a FWD to sportier RWD configuration. Drivers will love its improved handling and performance. The new Mirai is more powerful, more engaging, more responsive and quieter than before. Meantime, a new fuel cell system and increased hydrogen storage give this new model a projected 30 percent increase in range over the current Mirai.

The first generation Mirai is currently on sale in Quebec and Toyota delivered its first 50 vehicles in early 2019. Together, Toyota and the province continue to collaborate to bring the hydrogen-powered future to Canadian drivers.

In addition to the Mirai, the Toyota exhibit will showcase the company’s full range of models – including the Prius family of hybrids, the Corolla and Corolla Hybrid, the best-selling RAV4 and RAV4 Hybrid, and the new 2020 Highlander Hybrid. In addition, the Toyota booth will have on display the 2021 RAV4 Prime that will go on sale this summer. These are just a few of the many fun-to-drive, fun-to-own sedans, coupes and hatchbacks, stylish and versatile crossovers and minivans, and ready-for-anything SUVs and pick-up trucks that Toyota offers.